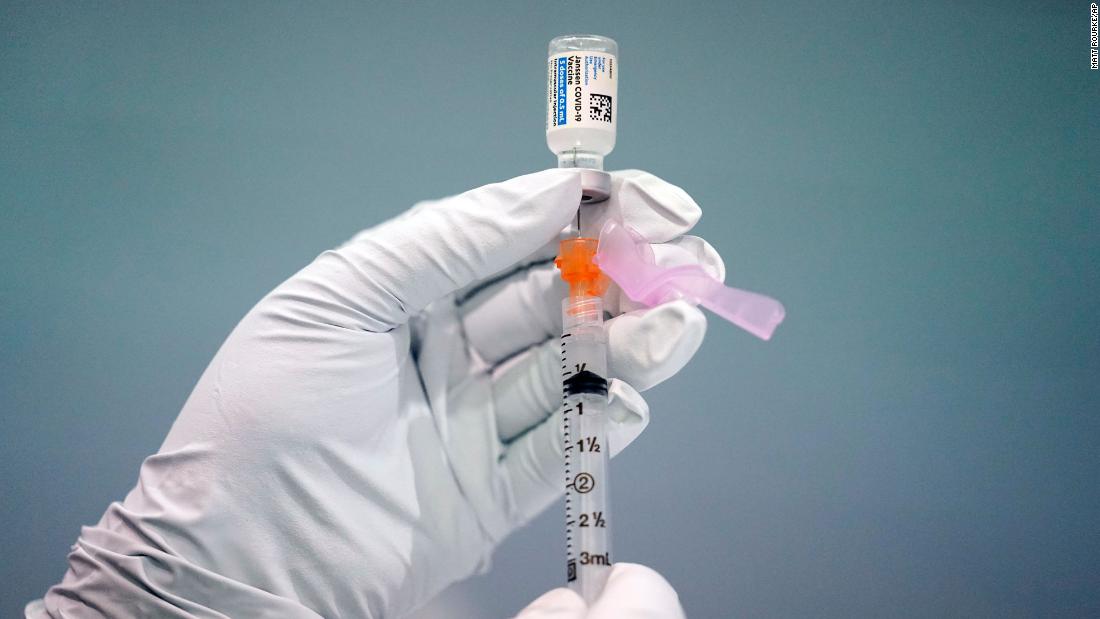 White House officials admitted last month that they would fall short of their target, which was set in early May when the United States was vaccinating people at a much faster rate than it is today.

The United States reached its highest vaccination rate in mid-April when the seven-day average of daily doses exceeded 3.3 million. At that time, 1.8 million new people were fully immunized every day.

But that rate was not maintained, falling to a seven-day average of 1,121,064 doses administered per day on Saturday. About 685,472 people are fully immunized daily.

“As a nation as a whole we are doing very well,” Dr Anthony Fauci, director of the National Institute of Allergy and Infectious Diseases, said on Sunday on “Meet the Press”. NBC.

Health experts have sounded the alarm about the risk posed by low vaccination rates in some areas, as the Delta variant of the coronavirus is now detected in all 50 US states and Washington, DC.
The Delta variant, which is highly contagious and causes even more serious illness, has spread to some areas so quickly that authorities have reverted their mask advice even though people are fully vaccinated.

â€œThere are some states where the immunization level of individuals is 35% or less,â€ Fauci said. â€œUnder these circumstances, you can expect to see spikes in certain regions, states, cities, or countries. I don’t think you’ll see anything nationwide, because luckily we have a substantial proportion. of the vaccinated population. So it will be regional. “

After California eased most of its Covid-19 restrictions on June 15, the state’s Covid-19 test positivity rate doubled from 0.7% at the time to 1.5% on July 2, according to state health data. The Delta variant accounts for 36% of all new cases of Covid-19 in California, and that number is expected to increase, a state health official said on Friday.

Health experts and studies have said that Moderna, Pfizer / BioNTech, and Johnson & Johnson vaccines are very effective in protecting people from serious illness and hospitalizations related to Covid-19 and some of its dangerous variants.

Still, Barbara Ferrer, who heads the Los Angeles County Public Health Department, told CNN on Saturday that the county’s new mask guidelines were an added precaution against the increase in Covid-19 cases there.

“There are many contexts where, although we know that vaccines offer powerful protection to those who are vaccinated, the low risk that a vaccinated person could spread enough virus to infect someone else, associated with the creating less and less risk in these settings where there are a lot of unvaccinated people, makes it a prudent tool which I think has its place in this full reopening that we have done in LA County, â€said Ferrer.

She added that the county does not require people to wear masks.

â€œWe just made a strong recommendation, if you’re indoors, in a setting where you don’t know everyone’s immunization statusâ€¦ it’s best at this point to avoid another outbreak here in County of. LA by having everyone in those settings, where it might get crowded and you’re inside, often with poor ventilation, to keep those face covers on, â€she said.

California is one of 19 states that have fully immunized more than half of its population. The other 18 are: Colorado, Connecticut, Delaware, Hawaii, Maine, Maryland, Massachusetts, Minnesota, New Hampshire, New Jersey, New Mexico, New York, Oregon, Pennsylvania, Rhode Island, Vermont, Virginia and Washington State, as well than Washington DC.

Dr Megan Ranney, an emergency physician at Brown University and CNN medical analyst, said on Saturday that full vaccine approval by the U.S. Food and Drug Administration would help get more people vaccinated.

“I think getting full approval will make a big difference. It will overcome the reluctance or mistrust of a segment of our population,” she said.

Moderna and Pfizer / BioNTech have started their requests for full FDA approval. Johnson & Johnson announced plans to apply for an organic product license, but had yet to do so on Friday.

Pfizer and Moderna have requested a priority review, which requires the FDA to take action within six months, compared to 10 months under a standard review. Goal dates have yet to be announced.

A recent survey by the Kaiser Family Foundation shows that 31% of adults who have not yet been vaccinated would be more likely to receive a vaccine that is fully approved by the FDA. About 20% of adults who were not vaccinated said it was because they thought the vaccine was too recent.

Fauci said in a White House briefing on Covid-19 on Thursday that it would be “very unusual” for the FDA to deny full approval of the coronavirus vaccines used under an authorization for use. emergency.

â€œYou never want to get ahead of the FDA, but it would really be a most unusual situation not to see thatâ€¦ get full approval,â€ Fauci said. “I believe it will happen.”

The number of people traveling by air hit a new pandemic-era record on Friday as people travel for the weekend of July 4.

Transport security administration mentionned it has screened 2,196,411 people at airports across the country, the highest number since the start of the pandemic.

According to the TSA, that number is higher than the same day in 2019 before the pandemic, when the TSA screened 2,184,253 passengers.

The AAA predicts 47.7 million people will travel by road and air July 1-5, a 40% increase from Independence Day trips last year and the second-highest volume of travel never recorded.