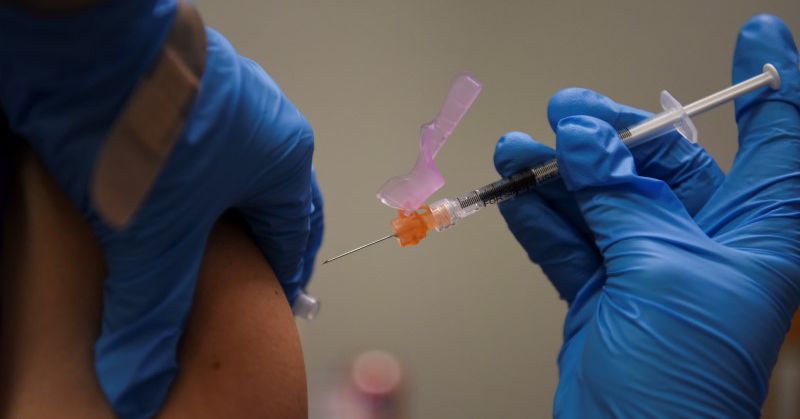 Vaccination, not travel restrictions, key to fight Omicron, WHO says

GENEVA, Dec. 3 (Reuters) – The World Health Organization (WHO) has urged countries to build healthcare capacity and immunize their populations to tackle an increase in COVID-19 cases caused by the variant Omicron, saying travel restrictions could save time, but alone were not the answer.

Despite closing its borders for travel from high-risk southern African countries, Australia became the latest country to report community transmission of the new variant, a day after it was found in five US states.

Omicron has gained a foothold in Asia, Africa, the Americas, the Middle East and Europe and has reached seven of South Africa’s nine provinces, where it was first identified. read more Many governments have tightened travel rules to prevent the variant from entering.

“Border checks can save time, but every country and community must prepare for new outbreaks of cases,” Takeshi Kasai, WHO director for the Western Pacific, told a press briefing. .

“People shouldn’t just rely on border measures. The most important thing is to prepare for these potentially high transmissibility variants. So far the available information suggests that we don’t have to change our approach.”

Kasai urged countries to fully immunize vulnerable groups and stick to preventive measures such as mask wearing and social distancing.

Omicron has been listed as a ‘variant of concern’ by the WHO and scientists are still collecting data to establish how serious and contagious it is, just as parts of Europe have been hit by outbreaks of winter infections. by the more familiar Delta variant.

“I have yet to see any reports of Omicron-related deaths,” WHO spokesperson Christian Lindmeier told a UN briefing in Geneva.

But vaccine makers should be prepared for the likelihood of adjusting their products to protect against Omicron, he said. Read more

Ugur Sahin, CEO of German company BioNTech (22UAy.DE), which is making a COVID vaccine with Pfizer (PFE.N), told the Reuters Next conference that the company should be able to adapt the shots relatively quickly .

Sahin also said that current vaccines should continue to provide protection against serious disease, despite the mutations.

Immunization rates vary from country to country, but there are worrying gaps in the poorest countries. Indonesia, the world’s fourth most populous country and once the epicenter of COVID-19 in Asia, has only fully inoculated about 35% of its population.

Australia’s Chief Medical Officer Paul Kelly said Omicron will likely become the dominant variant in the world within a few months, but at this point there was no evidence that it was more dangerous than Delta.

In the United States, the Biden administration has announced measures to guard against the spread of the virus. From Monday, international air travelers arriving in the United States will be required to have tested negative for COVID-19 within one day of their trip. Read more

“We’re going to fight this variant with science and speed, not chaos and confusion,” President Joe Biden said.

Less than 60% of the American population has been fully immunized, one of the lowest rates among wealthy countries.

Global travel restrictions accelerated with Hong Kong, the Netherlands, Norway and Russia, among others, announcing new measures on Thursday.

In addition to wreaking havoc on the travel industry, the crackdown hit financial markets and undermined major economies as they began to recover from lockdowns triggered by Delta.

Bank of England policymaker Michael Saunders, who voted for an interest rate hike last month, said on Friday he wanted more information on Omicron before deciding how to vote this month.

“At this time, given that the new Omicron COVID variant was only detected very recently, there might be particular benefits to waiting to see more evidence of its possible effects on public health outcomes and therefore on the economy, ”Saunders said in a speech.

Germany has said it will ban unvaccinated people from all but essentials, and legislation making vaccination mandatory would be drafted early next year. Read more

Several countries, including Britain and the United States, have presented plans to offer booster shots, but, like the travel bans, they are controversial.

Many scientists say the way to stop the spread of the virus is to make sure poorer countries have access to vaccines, not to give general booster shots to people in richer countries.

U.S. coronavirus: States scramble to cope with increase in hospitalizations and…