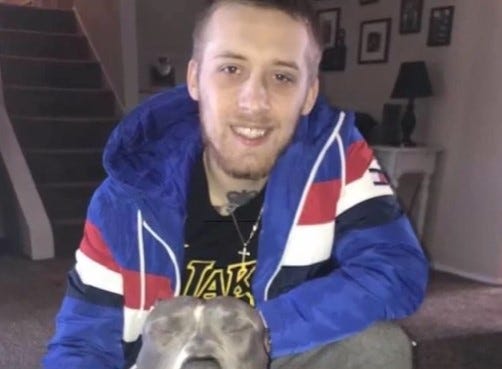 Public safety should be the first priority in bail

On July 18, 2020, Justin DuBose allegedly broke into Shawn Green’s house, shot him in the head, and left him to die. DuBose fled to Las Vegas with a fake ID, credit cards in other people’s names, and $2,000 in cash. After being arrested in Vegas, DuBose was returned to Cincinnati, where he was charged with two counts of murder and one count of aggravated robbery. The trial court set bail at $1.5 million ($750,000 for each set of charges) based on the seriousness of the charges, the danger DuBose posed to the community, and the testimony of the grandfather. mother of Shawn Green, who told the court, “My daughter is scared to death if he comes out.”

Unfortunately, the Ohio Supreme Court ruled last week in a 4-to-3 decision that DuBose’s bail should be reduced by more than 66% because, and I quote the majority decision: “Public safety n is not a consideration with respect to the financial terms of the bond.”

Simply put, the Supreme Court of Ohio ruled that a suspected murderer’s wallet was more important to them than the safety of Green’s family and the people of Hamilton County. Worse, the Supreme Court’s decision sets a precedent that all courts in Ohio are now required to follow. That’s right, the Ohio Supreme Court has now barred Ohio trial judges from even taking public safety into account when setting the amount of the deposit.

This decision is simply a disaster for the safety and security of the people of Hamilton County.

Here in Cincinnati, the past two years have seen some of the highest homicide rates on record, while Columbus is also experiencing record violence. Our state’s criminals trample law-abiding citizens and put the people of Ohio at risk. Crime-soft judges and prosecutors in our cities allow dangerous people like DuBose to walk our streets without even considering the impact of their decisions on victims, their families, and our citizens.

Law enforcement can’t do much to keep people safe. Police officers rely on the justice system to help us enforce the law and to create an environment where people can go about their lives knowing that there are officials ready to protect them. When judges engage in “catch and release” with violent criminals, they put our officers and people in general at risk.

While the majority decision is incredibly disappointing, we can at least be grateful that Justices Pat DeWine, Patrick Fischer and Sharon Kennedy dissented in this case. Justice DeWine’s dissent begins appropriately: “Make no mistake: what the majority is doing today will make communities in Ohio less safe.

He couldn’t be more correct. Justices DeWine, Kennedy and Fischer recognized the real dangers of allowing appeals courts to play Monday morning quarterback on decisions that have real consequences for victims and ordinary people. I’m glad that at least some of our judges have their priorities straight.

Justin DuBose, like all Americans, deserves the presumption of innocence and deserves his day in court. But until this day, the safety of our community should be the first priority in deciding whether or not he can afford bail.

Basketball preview: Ohio State vies for second win over Penn State, which has won four of its last six