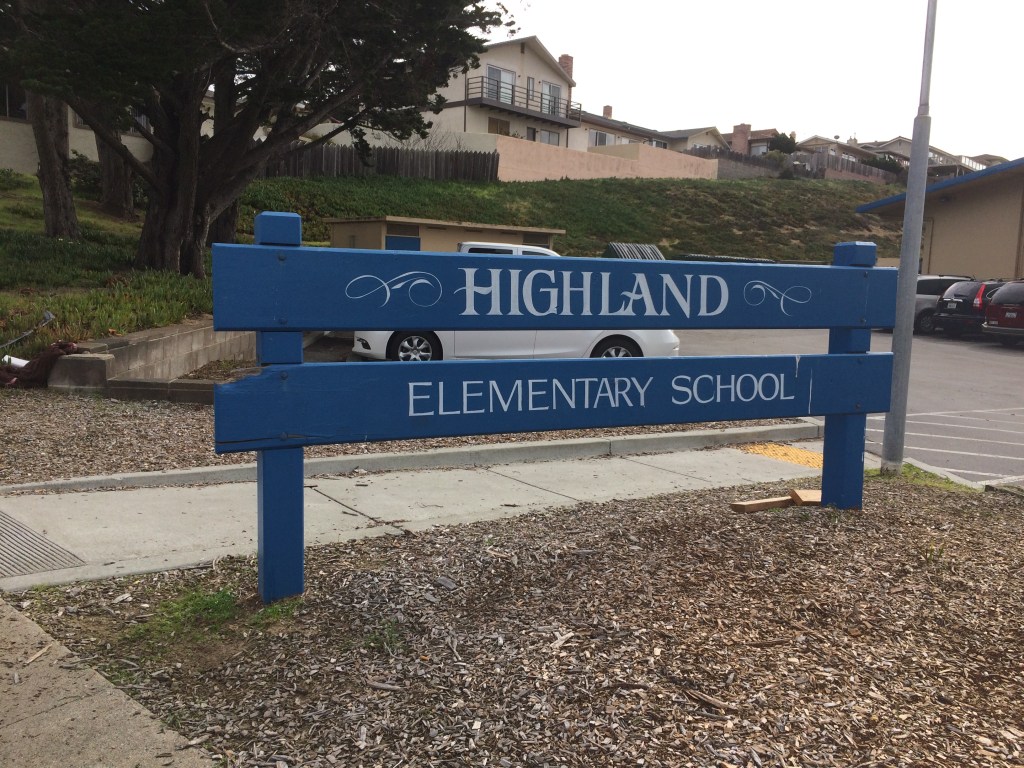 The Monterey Peninsula Unified School District school board unanimously approved new attendance areas at its regular board meeting on Tuesday night, finalizing school closure and consolidation goals that have been circulating in the board’s discussions. district for years.

More than a decade of declining enrollment and the need for a sustainable operating budget initially prompted Monterey Peninsula Unified to locate where consolidation was most feasible across its 25 school sites. In June 2021, board members voted to close three of the district’s most under-enrolled campuses—Highland Elementary, Foothill Elementary, and Walter Colton Middle School—while converting La Mesa Elementary and Monte Vista Elementary into transitional schools. from kindergarten to eighth grade.

Actions taken on Tuesday evening set the plans in motion.

“The board has decided that they don’t want to defer (this decision),” said PK Diffenbaugh, superintendent Monterey Peninsula Unified. “We have faced the reality that we have lost thousands of children, affordable housing is not on the peninsula, and so let us prepare now rather than delaying this too late when we are forced to make cuts. really painful in our programs.

“There are going to be some tough changes in the short term, but we will be much better prepared for the current reality we face.”

The new traffic zones would follow the natural boundary of Highway 1, then Montecito Avenue to Laguna Grande Park/Canyon Del Rey Boulevard, with those east of the split zoned to La Mesa and those east of the divide. west going to Monte Vista.

During this time of change at Monterey Peninsula Unified, La Mesa and Monte Vista will begin their TK-8 transformation. Both schools currently enroll students through sixth grade, and each school will add one grade per year until the expansion is completed by 2023-24.

The redesigned Seaside zones will separate students from a boundary that stretches from Fremont Boulevard to Hilby Avenue, stopping above General Jim Moore Boulevard. Like Foothill, the transfer of Highland Primary School to neighboring sites will take place before the 2022-23 school year.

As for Walter Colton Middle School, a little more time is planned for its transition, whose student population will be consolidated in Monte Vista once it becomes a full-fledged TK-8 site for 2023-2024 instruction.

To facilitate these changes, members of the Monterey Peninsula Unified Board of Trustees also voted Tuesday night to extend the district’s current open enrollment period for students zoned into a new zone, as well as to grant those students transfer to the school of their choice if their default areas are not preferred.

Room for maneuver will also be allocated to the staff of the affected schools. Diffenbaugh assured that no layoffs would occur as a result of closures. Instead, staff will be moved based on preference and availability at each site, an assignment process already underway. As for implementing the rest of its consolidation plan, the district expects a difficult but ultimately helpful period of temporary upheaval.

Preparing campuses for an influx of new students, both school closures and additional grade levels, is a complicated business, Diffenbaugh explained. Most of the work and adjustments are scheduled for Walter Colton and Monte Vista as the two school sites merge, a process board members clarified and approved a plan for Tuesday evening.

According to a district staff report, the consolidation will begin with the move of students in grades one through seven from Monte Vista to the Walter Colton campus for the 2022-2023 school year. That same year, eighth-graders at Walter Colton will graduate from college at Monte Vista, joining TK/K students who are expected to stay on campus so their surroundings aren’t shifted too abruptly, Diffenbaugh said. With facility upgrades over the next year, the goal is to have Walter Colton fully functional TK-8 by 2023-24 and Monte Vista empty after next year.

The location change, Diffenbaugh explained, is the most cost-effective way to modernize while accommodating increased enrollment, as the Monte Vista campus is not equipped to handle a much larger student population the next year and would require more additions than Walter Colton to eventually serve students through college.

Along with the different addresses, upgrades and renovations are also involved in each of these redevelopments. Facilities are working to complete the consolidation of all impacted school sites – including additional classrooms for new grade levels, age-appropriate play structures and reconfigured drop-off areas – the total cost of which is estimated at $11.8 million. The council was not asked to approve the facility plans until Tuesday evening, so district staff and consultants could prepare the designs. Specific plans and works will be subject to future council approval through a transparent public process, district staff said.

The use of the sites eventually released – former campuses of Monte Vista, Dual Language Academy and Foothill – will be discussed later.

For now, though, Monterey Peninsula Unified has taken its first step toward sizing right.

“It feels good that we got over that hurdle,” Diffenbaugh said. “Now there is a lot to do… but our team is committed. It’s going to be a long summer in terms of moving and trying to get out in front of communicating with families. This type of process is never easy, but being proactive is essential. »