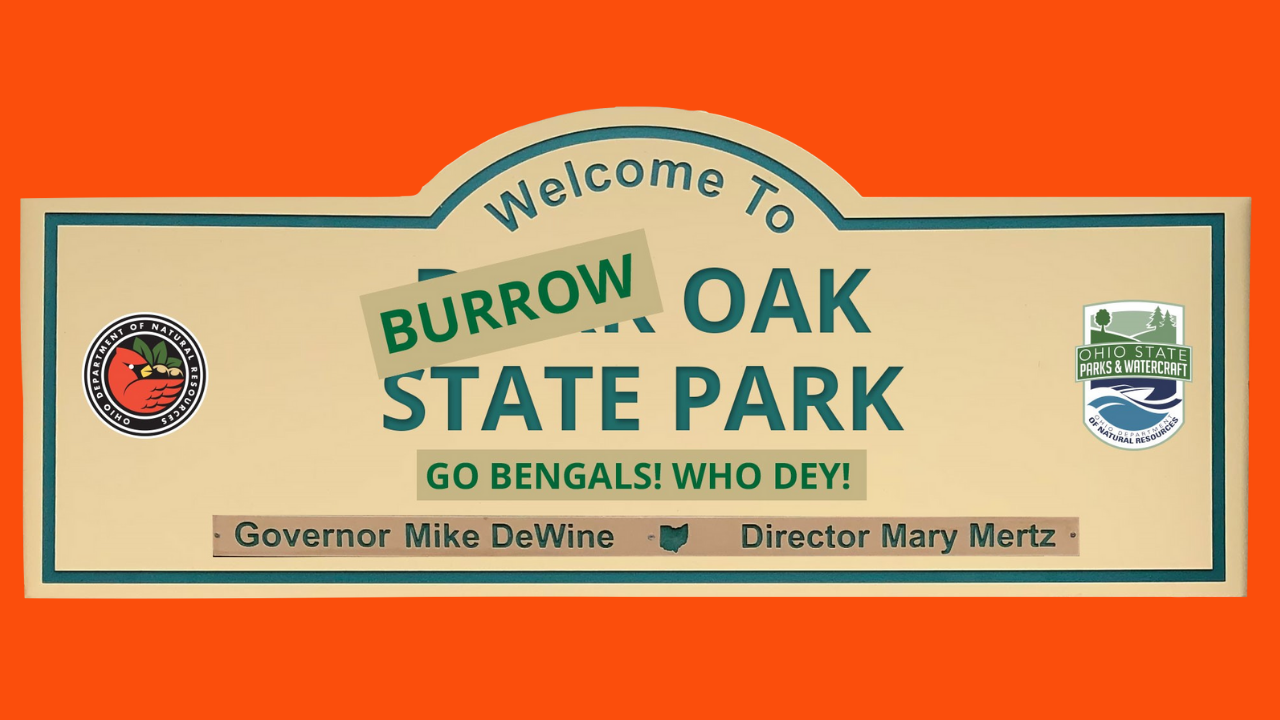 COLUMBUS, Ohio (WCMH) – Ohio Governor Mike DeWine has announced that three Ohio state parks will be temporarily renamed after Cincinnati Bengals players to honor the upcoming appearance of the team in the Super Bowl against the Los Angeles Rams.

Burrow was instrumental in Cincinnati’s run to an AFC championship and will seek to become the first quarterback in history to win a Heisman Trophy, a national college title and the Super Bowl.

Joe Burrow explains why he excels in big games

“We’re incredibly proud of the Bengals and everything they’ve accomplished this season,” Gov. DeWine said. “The whole state will be supporting Cincinnati on Sunday, and it’s a fun way to show your support for orange and black.”

The locations of the new Bengals Park name signs will be announced by the ODNR once they are in place.

The Bengals and Rams face off in Super Bowl LVI on Sunday from Los Angeles exclusively on NBC4.