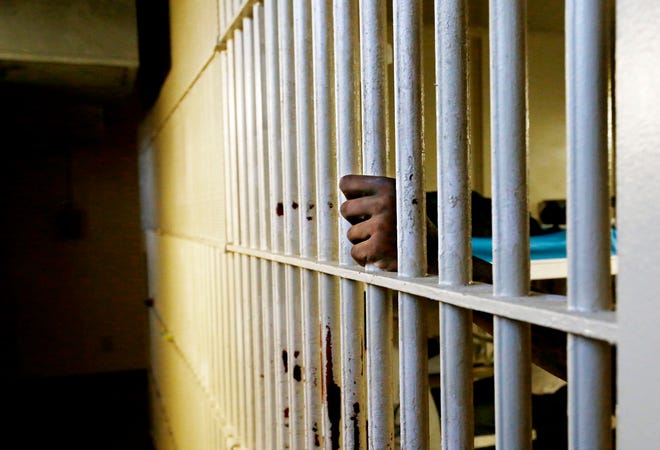 I have seen both sides of our justice system as someone who was locked up on high bail and as a victim of domestic violence whose partner went to jail.

The bail reform bills, Senate Bill 182 and House Bill 315, are a great opportunity for Ohio to reduce its jail and prison population and end the mass incarceration as we know it.

These bills will not only prevent unnecessary incarceration, but they will contribute to pre-trial reforms that will make all of our communities safer.

Our point of view:Ohio’s unfair bail system is akin to debtors’ jail

In 2010, I was arrested for drug trafficking.

My bond was $500,000. After my arrest, I asked for treatment because I knew I needed help. Since I couldn’t afford to pay my bail, I waited 42 days in jail without any treatment while my case worked through the system.

I take full responsibility for my actions.

I know that I have done illegal activities. However, with $500,000 bail, I was unable to ensure the safety of my family and my home.

I couldn’t secure the items I had at home. I had to find who would take care of my children while I was in prison. That was the worst part, not being there to make sure my kids were whole and taken care of.

Treatment remained out of my reach until I went to jail.

In prison, I did everything I could to change myself and get to the root of the problem that caused my behavior. I sought mental health treatment and education. I excelled academically and received a scholarship while incarcerated.

I graduated from college, became a radio producer for an NPR affiliate near college, and was offered a job in my field of study upon my release.

Following:“Should I tear up my diplomas? Ex-felon says he can’t get a job no matter how hard he tries

In the midst of this I was in a very abusive relationship and my partner was incarcerated for domestic violence.

When my ex-partner was incarcerated, I felt like a hypocrite, because I am a strong advocate for prison abolition and alternative sentencing; do not believe that individuals should be locked up awaiting their day in court.

Sign up for Columbus Conversation ::Engage in thoughtful discussion about the issues that matter to Ohio

Even though he was charged, I was hopeful to see a change. Since he was on parole, he has been mandated to be incarcerated. During the lawsuit process, I continued to advocate for my former partner to obtain necessary programs through the Ohio Department of Rehabilitation and Correction. It worked, and I know he’s getting the help he really needs.

Often the crimes for which people are arrested are linked to underlying issues: mental illness, addiction, trauma. Simply put, locking people up and throwing away the key doesn’t make these problems go away.

Our current use of cash bail to hold legally innocent people in custody is a gross abuse of the system, and it also promotes the idea that the amount of money you have – not your guilt, your innocence, your character personal or public safety – is what the court cares about.

Senate Bill 182 and House Bill 315 would end wealth-based detention and refocus our pre-trial system by prioritizing the conditions necessary to ensure you return to court and the community is safe. The size of his wallet should never determine his freedom.

We have a clear choice: continue to pump hundreds of millions of dollars into prisons and lock people up before trial, contribute to mass incarceration, or invest in the community – in treatment, quality housing, child care, mental health care and more.

Years behind bars:The defendants were acquitted of their crimes, but they have already spent years in prison awaiting trial

I am more concerned about how we treat people who commit crimes – ensuring that they receive adequate and thorough counselling, addictions services and trauma-informed care, because I know they will re-enter our society one day and I’d rather they did it whole and healthy, not broken and neglected.

Mary F. Evans is the Events and Social Media Manager for the Advancement Office at Antioch College.