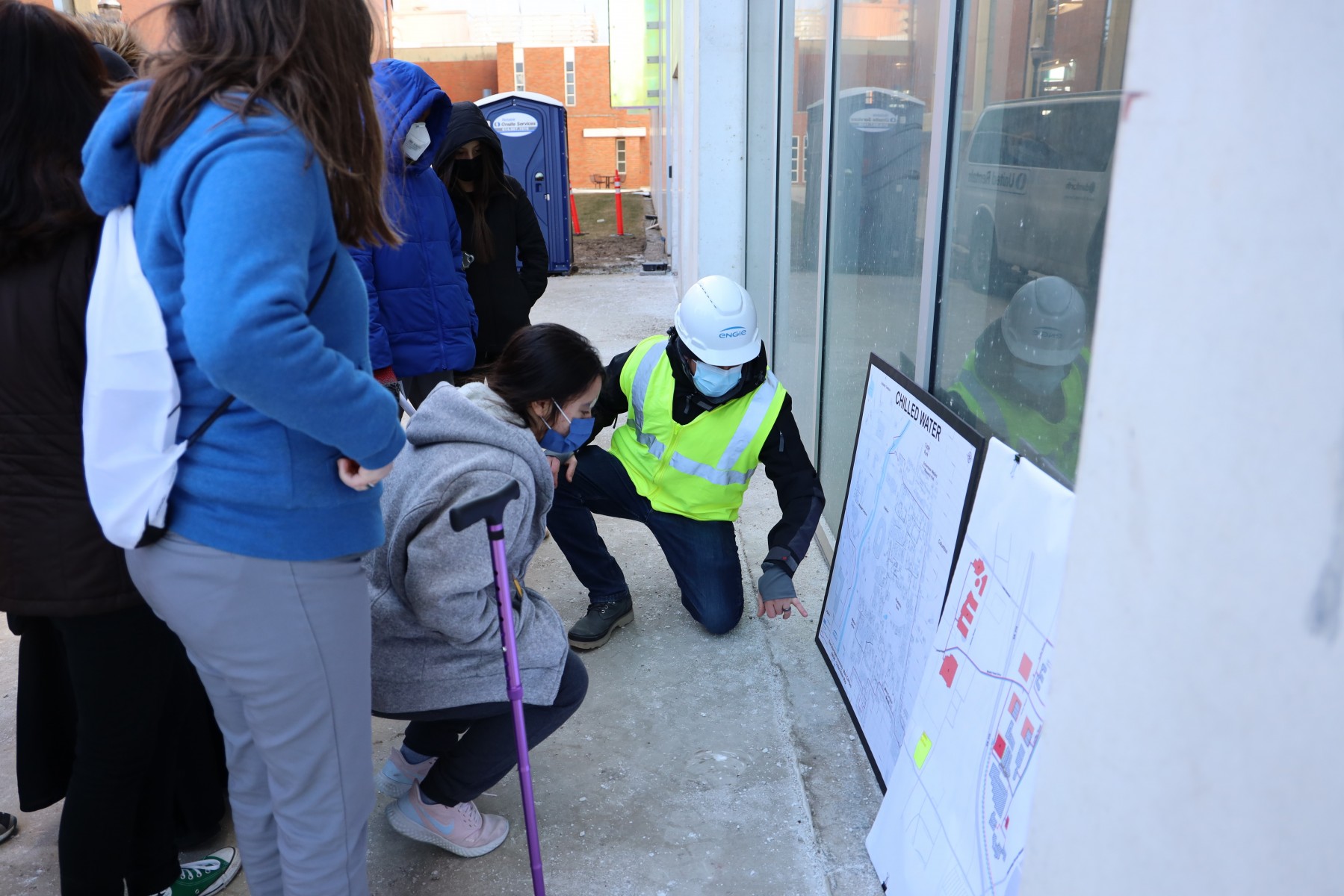 Students develop projects known as ‘design challenges’, which focus on improving infrastructure, and a field trip to the classroom provided the inspiration. Thanks to a collaboration with EngieOhio State’s energy partner, engineers were on hand and were able to answer questions about the university’s energy framework.

“Our students have identified a problem with waste, water or electricity. We’re here to see what Ohio State does with those same infrastructure issues,” said Kevin Freeman, an eighth-grade math teacher at Metro.

Seventh-graders spent the morning of Feb. 14 at Ohio Stadium, where they were taken on a tour that included the rookie hall and the press box. The highlight of the day, however, was a trip to the football pitch.

“I’ve been to Ohio State before, but I’ve never done a full tour,” said seventh-grader Jiselle Jenkins. In addition to the visit, the students engaged in sustainability discussions with interns from the university Zero Waste Project.

“We need sustainability to do the things we want to do in the future,” Jenkins added.

The eighth-graders had their turn the next day when Engie team members led them through a walking tour of the university’s geothermal and water systems.

“We want to give students a real-world tour of real infrastructure design and how we’ve implemented it on campus,” said Ryan Wester, program manager at Engie.

The students started the day on the South Oval, where they discovered the geothermal wells that supply the area. The South High Rise Geothermal Power Plant, as it is known, serves 10 buildings with heating and six with cooling, all located in the South Residential District.

The next stop was Mirror Lake, an iconic location in the state of Ohio. Here, students asked questions about water use on campus. Eighth-grade Metro student Yaha Abdi said it was his favorite part of the tour.

“My design challenge is about water, so I liked the water system – how they use cold water and hot water,” he said.

The tour ended at the South Campus Chilled Water Plant, where students learned how the facility provides chilled water to Wexner Medical Center and other nearby buildings. They also reviewed maps showing chilled water facilities on campus.

“I enjoyed looking at the chiller. It was a cool building and I enjoyed learning about it,” said Noor Ouhammou, another eighth-grader. “We can take the information we learn today and apply them to some of the issues we work on at Metro.”

Beyond the tour itself, campus tours served another important purpose for Metro students and staff: a change of pace after two years without a tour.

“Because of COVID, we were virtual all last year […] and these eighth-graders, their sixth-grade year has been cut in half, so this is their first field trip since they’ve been in middle school,” Freeman said. “I think they had a blast. Lots of questions being asked, lots of kids taking videos and photos. For a lot of them it was their first time on campus, so they were going through that. I think they had a good time.