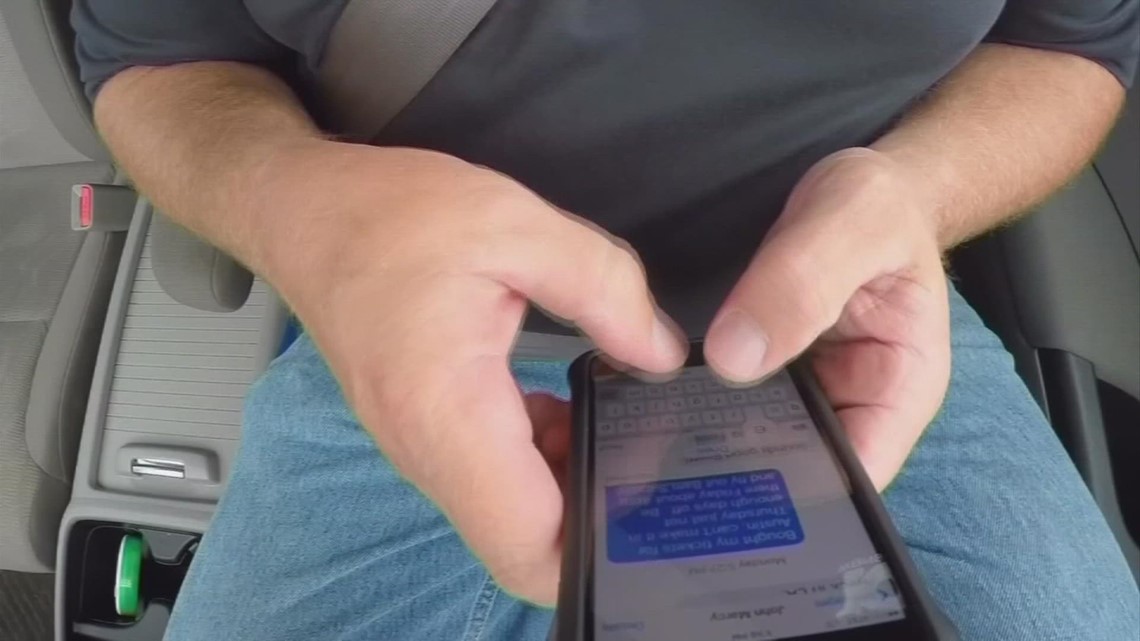 A group of Madison County high school students are pushing for a bill to be passed to help end distracted driving in the state.

LONDON, Ohio — Ohio House Bill 283 is making its way through the House and some Madison-Plains High School students have taken notice.

The walls of the high school are covered with posters that students have created with images and writing about the danger of distracted driving.

Senior Rylee Davis and second Emily Legault didn’t realize how distracted they were when they started driving.

“The first two weeks I know I was focused, and after a while I was like, ‘I know how to drive, that’s good,'” Legault said.

Their teacher, Kimberly Jarvis, helped them realize how dangerous distracted driving is.

“It’s the number one cause of death among teenagers,” Jarvis said. “A lot of students feel invincible. They don’t think it matters.”

As part of the Family Career & Community Leaders of America program, students are planning a week-long event in April aimed at raising awareness about the dangers of distracted driving.

Jarvis said the students have also started a petition in support of Bill 283. They hope to get as many signatures as possible by April.

HB 283 would prohibit holding a phone while driving if you are over 18. This would then be considered a primary offence. Under current law, officers cannot stop someone just for texting and driving. It is currently a secondary offence.

“They really look at their life and they really understand,” Jarvis said.

It echoes and supports the work students are doing to raise awareness about distracted driving.

This is just the beginning for these students, but they hope the work they are doing now will last for years to come and keep people safe.

“Coming from an actual student and not a teacher or parent, I feel like it’s more beneficial,” Davis said.