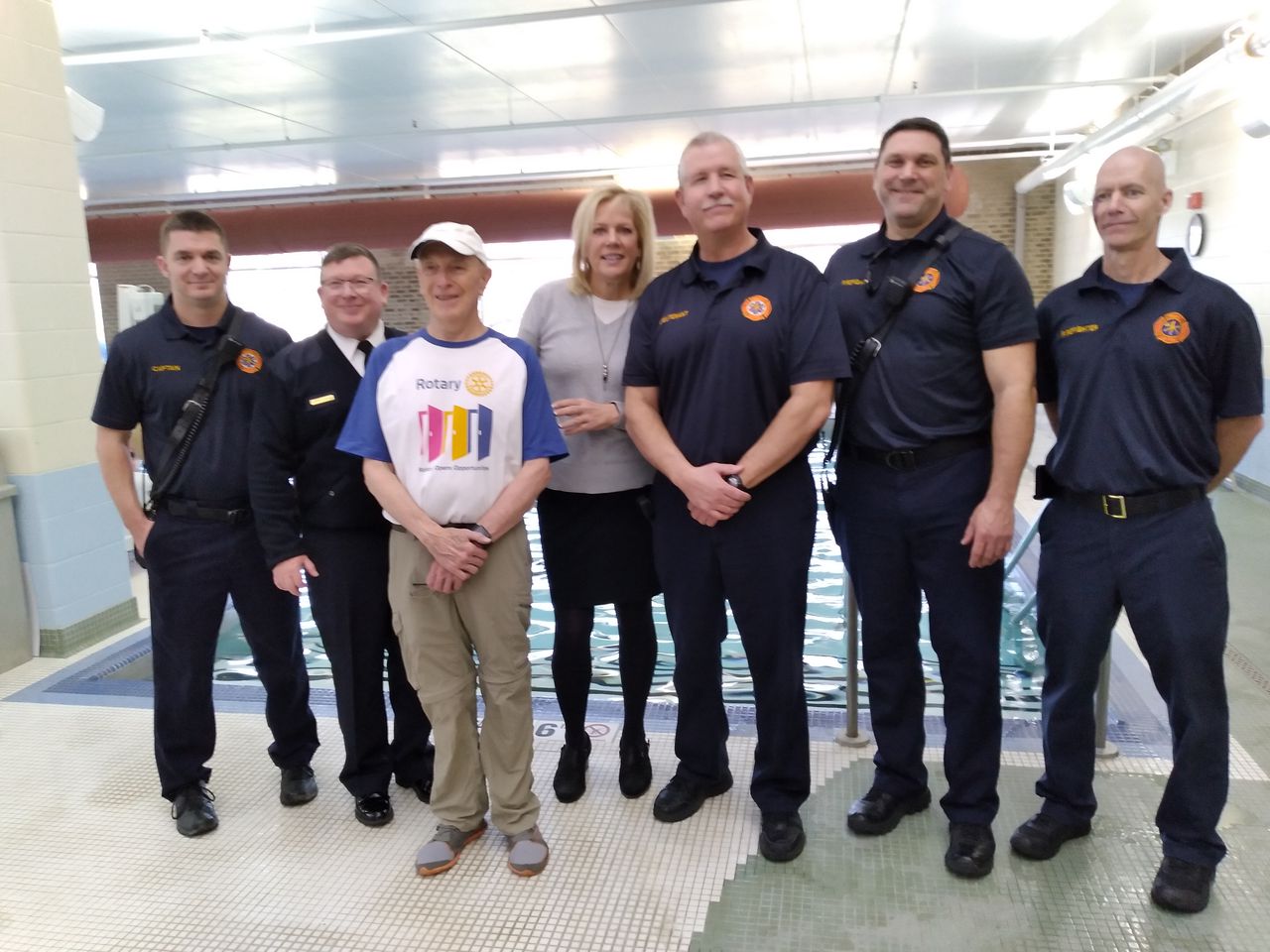 ROCKY RIVER, Ohio – The 12th annual Swim-A-Thon was held at the Rocky River Recreation Center pool on Sunday (March 6). The event raised funds for the construction of the Elle’s Enchanted Forest inclusive playground in the Rocky River City Hall grounds and for specialized equipment for the Rocky River and Lakewood Fire Departments.

Ann Butler, Elle’s mother and the force behind the playground project with retired Rotary President Harlan Radford, said Elle’s disability is “a large deletion of chromosome #4,” defined by the National Organization for Rare Disorders as “a chromosomal disorder linked to symptoms in multiple organ systems that may include unusually short stature, slow or retarded growth, heart defects, and possible intellectual disability.

Butler made a point of letting donors know that 100% of donations to Elle’s Enchanted Forest go directly to the project — and not for any other purpose. She noted that there are no paid staff or paid volunteers.

Phase 2 is now beginning for the project, which will include the construction of a large structure that can move people across the playground. The playground will also include a Braille board and music.

Butler said a recent donation of $23,000 was received for musical items.

At the Swim-A-Thon, both fire departments showcased the specialized equipment they wish to purchase with the donated funds.

The Rocky River Fire Department is looking to purchase personal thermal imaging cameras that will provide firefighters with a way to see inside a fire based on temperatures to locate victims faster.

The Lakewood Fire Department hopes to purchase personal escape systems for firefighters or to quickly evacuate fire victims from a burning building.

To donate playground equipment, make a check payable to Rocky River Parks & Recreation Foundation/Playground and mail to Community West Foundation, 800 Sharon Drive, Suite C, Westlake, OH 44145. Label the word “Playground” on the outside of the envelope.