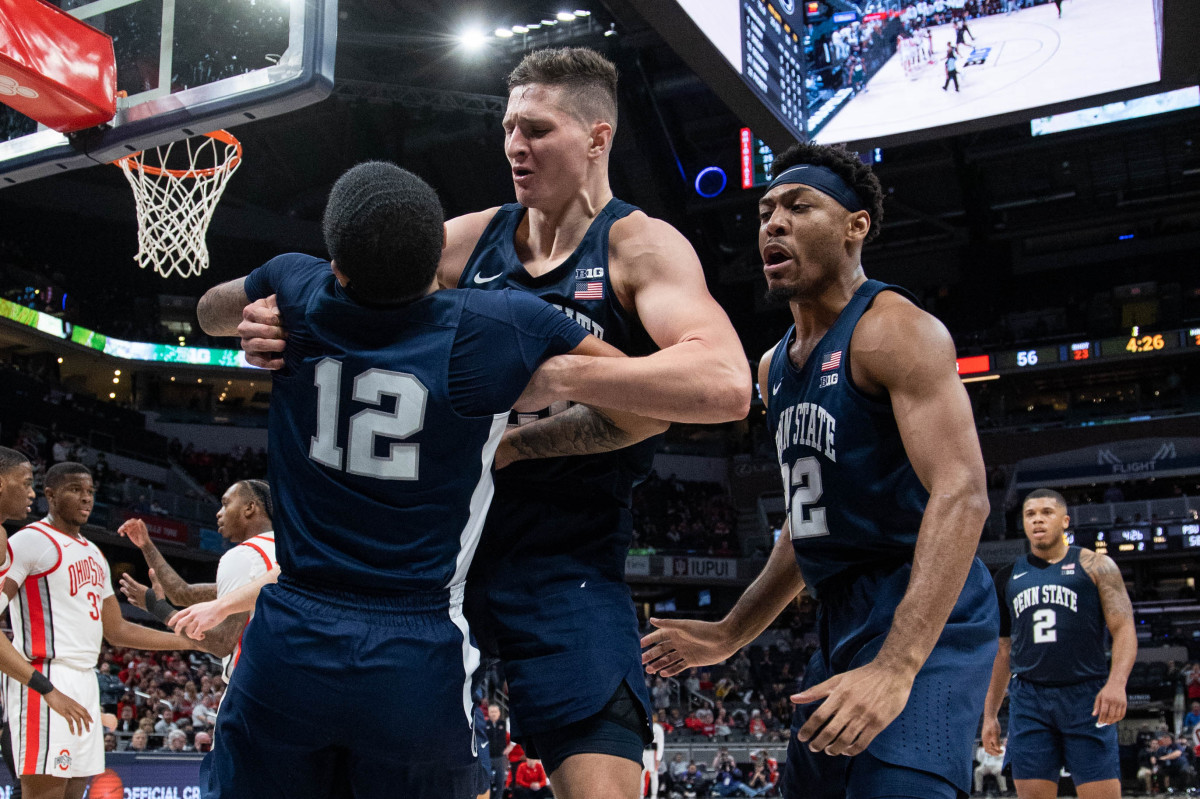 Big Ten Tournament 2022: How to Watch Penn State Vs. Purdue in the Big Ten Basketball Tournament

Sam Sessoms recalls a few lost possessions that could have been the difference when Penn State took on Purdue in January. For Friday’s rematch in the quarterfinals of the Big Ten Tournament, Sessoms has a good feeling.

“The bottom line is it was a close game, it came down to the last possessions,” Sessoms said Thursday after the Lions beat Ohio State. “So it’s a ray of hope. Even though we lost, we know that if one or two possessions get us through, we can win.

“…We were able to win that game, so that’s positive, in my opinion.”

Penn State, seeded 11th in the Big Ten Tournament, meets No. 3 Purdue in Friday’s quarterfinal at Gainbridge Fieldhouse in Indianapolis. Tipoff is scheduled for release around 9:00 p.m. EST on Big Ten Network.

The Lions bring a 2-0 tournament record to Friday’s game, after knocking out No. 6 Ohio State 71-68 on Thursday. Sessoms’ tear in the second half (he scored nine points in a decisive six-minute comeback streak) underscored Penn State’s resilience throughout the season which produced four comeback wins from deficits of 10 or more. . This time the Lions celebrated with a “Why not us?” theme in the locker room.

What are Penn State’s odds against Purdue? The Boilermakers (25-6) have had a bye week since a 69-67 win over Indiana but have lost two of their last three regular season games. Meanwhile, Penn State is playing for the third night in a row, feeding off the momentum and ingenuity of its head coach at this point.

Shrewsberry, now 2-0 as a playoff head coach, has spent much of the season pushing the Lions through first-half shooting droughts with a focus on defense. He also did it twice in this tournament.

As Brad Stevens, whom Shrewsberry worked for at Butler and with the Boston Celtics, would say, “The toughest teams make the rules.”

“And I felt like we were the toughest team in the second half. [against Ohio State]“, added Shrewsberry.

However, Penn State doesn’t have a particularly strong record against Purdue. The Lions are 0-3 against the Boilermakers in the Big Ten tournament, their last loss of 2018. Purdue leads the all-time series 42-13, has won 12 of the last 13 meetings and is 3-0 in neutral – site games.

But, as Sessoms said, the last game went to the wire. As has often happened this season, the Lions fell 13 points behind before rallying to the Boilermakers in January. They made eight consecutive baskets, taking a one-point lead with 3:42 to go before Purdue finished the game with a 10-2 run to win 74-67.

Now, Shrewsberry will meet Purdue coach Matt Painter for a berth in the semifinals of the Big Ten tournament. As BTN’s Tre Demps said on Thursday’s show, “Purdue better be ready to play tomorrow.”

Penn State kicks off playoffs with win over Minnesota

AllPennState is the place for Penn State news, views and insights on the SI.com Network. Editor Mark Wogenrich covered Penn State for more than 20 years, tracking three coaching teams, three Big Ten titles and a catalog of great stories. Follow him on Twitter @MarkWogenrich. And remember to subscribe (button on the home page) for more quality content on the SI.com network.