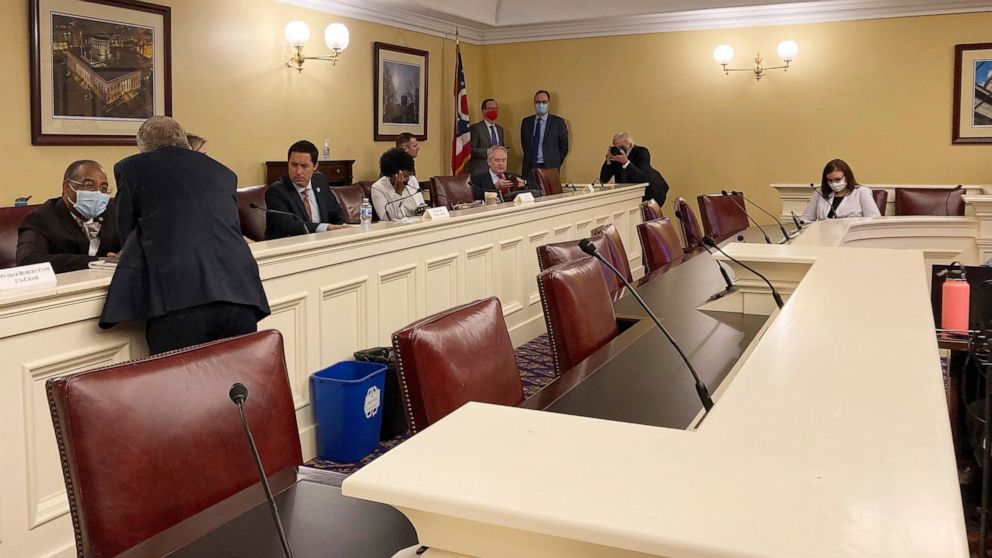 The Ohio Redistricting Commission has decided to seek two independent mappers and a mediator to help develop new district maps following the Ohio Supreme Court’s rejection of a third set of maps submitted by the panel to Republican majority.

COLUMBUS, Ohio – The Ohio Redistricting Commission has decided to seek two independent mappers and a mediator to help craft new district maps following the Ohio Supreme Court’s rejection of a third set of maps presented by the Republican-dominated panel.

The commission decided Saturday afternoon to seek recommendations for the two independent mappers to join the four mappers already working with Republican and Democratic lawmakers in drafting a fourth set of maps for the Ohio House and Ohio Senate. A mediator should be sought to help resolve disputes.

The seven-member commission hopes to approve the choices at a meeting on Monday evening, but current mappers and a member of staff from each commissioner are to immediately begin meeting to identify “complex issues” and areas of agreement and resolution. disagreement to present to the independent. cartographers and the mediator. All are required to follow the decisions of the state high court and the state constitution.

The state’s highest court last week, in a 4-3 vote, rejected the latest plan even as final ballots were being prepared for the May 3 primary, ordering that new maps be submitted to the Secretary of State by March 28 and filed with the court the following day.

Chief Justice Maureen O’Connor, a moderate Republican who has repeatedly joined court Democrats in invalidating the maps, cited “substantial and compelling evidence” that “the primary focus of the people who wrote the revised second plan was to favor the Republican Party and disfavor the Democratic Party.”

The court said the fact that Republicans drafted the committee-approved plan three times without input from Democratic members of the bipartisan committee was of particular concern.