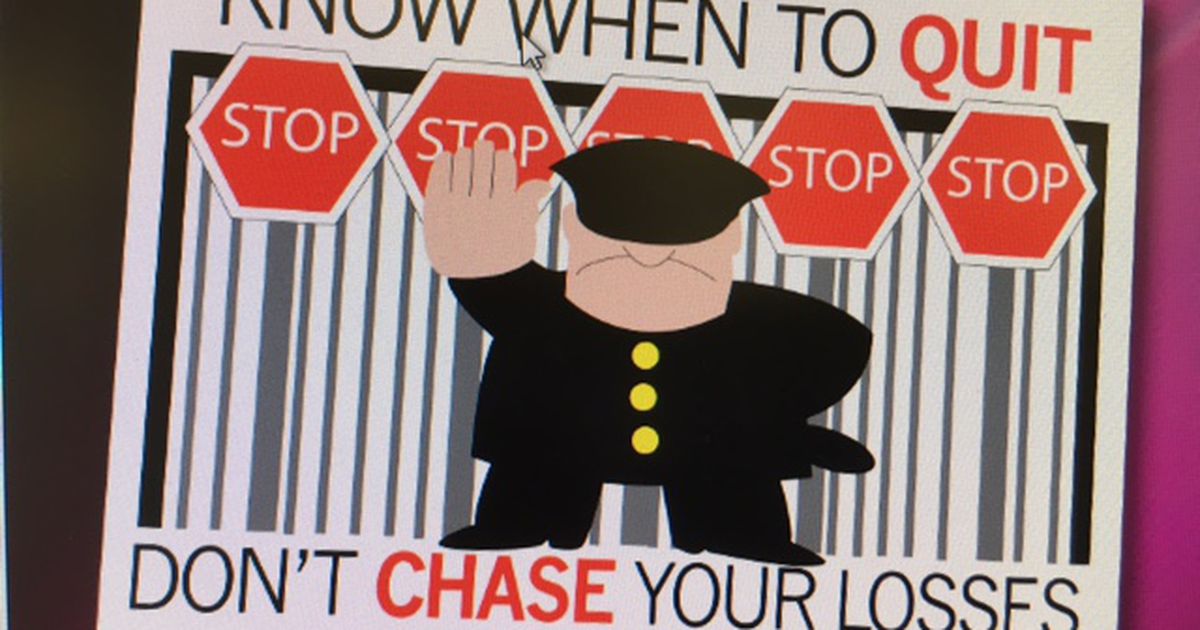 What will sportsbooks do about Ohio’s gambling problems?

A demographic survey found that today’s Ohio players are often young, single and with below-average education and income, he said.

“The sports bettor was the exact opposite of that,” Anderson said. They are often older, well-educated and with higher incomes — thinking they have a “system” for winning, he says.

“So it’s going to be a new crop,” Anderson said.

His studies have shown that the opening of physical casinos and racinos has roughly doubled the number of Ohioans at risk for gambling problems, and he expects this trend to continue with the availability of sports betting – not only in physical establishments, but on smartphone applications, payable by credit card.

People will be able to bet not just on entire games, but on individual games, increasing the “speed” of betting, allowing losses or wins to pile up quickly, Anderson said. Losing and winning can make people bet more, he said.

On some gaming apps, players can preset time or money limits, but not all, Anderson said. Some will send users a warning when their game speeds up, but others will encourage people to play more, he said.

“There’s going to be an incredible amount of data collected,” Anderson said. “They can also use it as a marketing mechanism.”

Ohio lawmakers have argued for years over whether or how to legalize sports betting. On December 9, 2021, the General Assembly approved it, and Governor Mike DeWine signed the bill into law on December 22.

Bets will be allowed on professional sports, college sports and esports teams, but bets on horse racing will remain limited to pari-mutuel bets established at racetracks.

Three levels of licenses will be issued:

· One for professional sports organizations and existing casinos, probably in partnership with a sports betting company to manage the bets.

· One for physical facilities with betting terminals and windows. These facilities, broken down by county population and economy, can partner with a betting management company. They are expected to be found mostly in existing casinos and racinos.

· One for self-serve or clerk-operated gaming kiosks that can be installed in licensed bars, bowling alleys and restaurants.

The state estimates that sports betting will be a $1.1 billion industry in Ohio in its first year of operation, and will grow to $3.35 billion within a few years. The state’s Casino Control Board is working to roll out licensing and operating details by fall 2022.

“All types of sports games must be allowed to start at the same time,” no later than January 1, 2023, according to a presentation on the issue given at the casino commission meeting on December 15.

The bill imposes a 10% tax on sports gambling revenue. Of this amount, 98% will go to funding public and non-public education through General Assembly appropriations, half of which will go to sports and other extracurricular activities.

To exploreStatehouse candidates out of the May 3 ballot: Here’s what it means

The remaining 2% will go to gambling addiction programs. That money will be welcome, but how far it will go is impossible to say, Anderson said.

“The honest answer is we don’t know how much money it’s going to take or what we’ll see,” he said. “We just know we were doing everything we could proactively before that.”

How Ohio is preparing

Anticipating an upsurge in need, Ohio officials are in touch with surrounding states that have already implemented sports betting, Anderson said.

“We listened to the issues they found,” he said.

One that emerged during the Super Bowl was that some gambling apps weren’t showing customer service numbers, so frustrated bettors started calling gambling problem hotlines, did he declare.

To prevent this in Ohio, the state will mount a public campaign about what the hotline actually does and how to use it, Anderson said.

In recent years, the state mental health department created a social work degree with a specialty in problem gambling, he said. Today, the training of clinicians on sports betting is intensifying.

The Problem Gambling Network of Ohio is a nonprofit group that works with state agencies and provides treatment for problem gambling. When sports gambling rolls out, Longmeier hopes the helpline number will appear on smartphone gaming apps, perhaps appearing when someone exceeds a set spending limit.

“There is a difference between responsible entertainment and potentially destructive behavior,” DMHAS Chief Prevention Officer Stacey Frohnapfel-Hasson said in a press release. “Most Ohioans don’t know how many people are at risk in their communities.”

People with gambling problems may also be at higher risk for drug and alcohol addiction, mental health issues and suicidal thoughts, she said.

The state maintains a voluntary exclusion list of people banned from gambling establishments, Anderson said. About 6,200 people have participated since its debut in 2012, with an additional 882 in fiscal 2021, according to the Ohio for Responsible Gambling report. Twice as many men as women are affected.

Every casino and racino has “some sort of exclusion list,” Anderson said. Additionally, each of these properties has an internal list of people banned from company properties nationwide.

“These lists actually have a lot more people in the world than what we see here in Ohio,” he said.

People can ask to be removed from exclusion lists — perhaps they want to attend a non-gambling event being held on casino property, Anderson said. People can get off the state debarment list after one year simply by asking, and off some gambling industry lists; but if they get on a company’s do-not-list a second time, it’s permanent, he said.

How to get help

The hotline is available 24/7 at 800-589-9966 or www.Beforeyoubet.org. For more information on the Problem Gambling Network of Ohio, visit www.pgnohio.org.

Why social workers are needed in Wayne County and Ohio