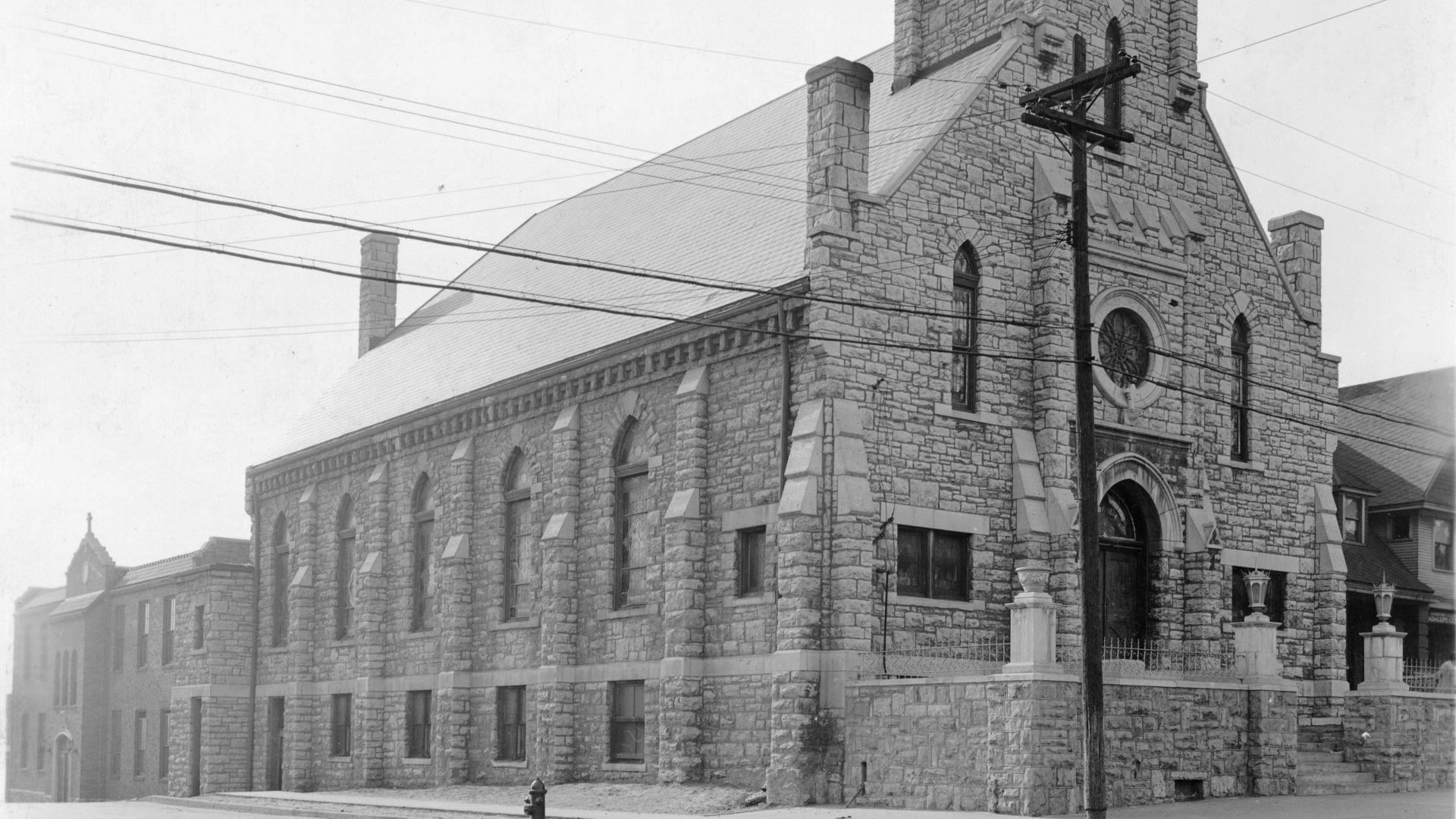 Few events can be more heartbreaking for a neighborhood than the closing of a church, which serves as the social, cultural and spiritual center of a community.

This was especially the case in 1990, when the Catholic Diocese of Kansas City-St. Joseph announced that he would close Our Lady of Guadalupe Parish, located in the Westside neighborhood of Kansas City, and consolidate it with nearby Sacred Heart.

Since the merger in early 1991, the parish—now known as Sacred Heart Guadalupe Church—has continued to serve much of Kansas City’s Latinx population and has remained a cultural connection to the neighborhood’s Mexican roots.

Much led to the consolidation of the two parishes at the end of the 20th century. The younger generations have left their ancestral neighborhood for the suburbs. The construction of freeways and major roads cut up the neighborhood, and affordable properties became hard to find for those who wanted to stay.

Perhaps that’s what prompted a curious KC reader, Gwen, to ask, “Do you have a picture of the old Church of the Sacred Heart?” As a child, I lived in a house across the street.

Flatland reached out to Gwen, who said she just wanted to know a little more about her old neighborhood. Even though she was not Catholic, the Church of the Sacred Heart was an architectural landmark for her. Although it has a new name, the same building is still there at 2544 Madison Ave.

According to a 2016 Kansas City Star article, the limestone chapel was built by Irish Catholic immigrants in the late 1800s.

Parishioners remained predominantly Irish until after World War II when the Latino population became the majority.

Around the turn of the century, nearby railroad lines in Santa Fe began bringing Mexican immigrants to the neighborhood to help build the lines and Union Station.

While they shared Catholic beliefs, Mexican immigrants were not welcomed by the Irish parish.

Theresa Torres, a professor at the University of Missouri-Kansas City and author of “The Paradox of Latino Religious Leadership in the Catholic Church; Las Guadalupanas of Kansas City,” said part of this has to do with cultural differences in their church practices.

“Not only was it traditionally an Irish church, but you (also) have this tithing system,” Torres explained. “So this combined effect meant that even the Mexican families who had moved to this neighborhood and expanded, did not feel welcome when they went to this church.”

The tithe system, which lasted until the 1960s, meant parishioners essentially paid for their places in the church. The newly immigrated families were culturally unfamiliar with the process and also had lower incomes, so they were forced to sit at the back of the church.

Our Lady Guadalupe was established at 901 Avenida Cesar E. Chavez in 1922. The building was formerly the Immanuel Swedish Lutheran Evangelical Church. Torres said it has become an “ethnic church” for Spanish-speaking citizens of Kansas, regardless of their proximity to the church.

“There was a natural division between the two (churches). And so it would be easier for families to just go to the one that’s right there, the Sacred Heart, but they felt left out,” Torres said.

This persisted through World War II, and then as cars and major road networks became the norm, more and more of Westside’s population moved to different suburbs or neighborhoods.

Local residents fought back and rerouted construction of the Southwest Trafficway, which would have crossed the Westside and displaced over 500 homes and Sacred Heart itself.

Nonetheless, Interstate 35 and Interstate 670 narrowed the neighborhood and made it harder for people to stay in the area, even though many wanted to.

The churches, however, continued to be the link that brought people back to “La Colonia”.

Integration policies meant that children were often bused from their neighborhoods to schools across the city, so more turned to low-tuition Catholic schools (Our Lady of Guadalupe and Redemptorist High School).

Already established Guadalupe Centers provided social services and community events that continued to draw people to the area, even as its residential population of Latinx families dwindled.

The diocese faced a shortage of priests in 1990 that resulted in the closure and consolidation of eight churches in Kansas City, including Our Lady of Guadalupe.

The Guadalupanas felt betrayed, ignored, and ignored by the decision. They formed protest groups and got petitions signed, but to no avail.

Eventually, they convinced the diocese to allow the church to remain as the sanctuary of Our Lady of Guadalupe, which persists today.

Torres worked in the parish after consolidation. The transition was difficult, especially for the Guadalupanas who remember being forced into the back of the shrine in their youth when it was still an Irish parish.

But life went on and the church became the hub parishioners needed.

“When I worked in the church, we had people who came (from) an hour’s drive to go to church there because they loved the pastor and loved the community, they loved the music and they felt at home there,” Torres said.

Today, homes in the neighborhood are mostly occupied by older people, and she estimates that an even smaller percentage are Latinx.

Even so, Sacred Heart Guadalupe Church is still thriving. So is the Our Lady of Guadalupe Shrine just down the road.

Cris Medina, a longtime Westside resident and former CEO of Guadalupe Centers, said the church is far from aging, even though other parishes in the city are at risk of closure.

“They’re not going to close Guadalupe or Sacred Heart together because they have a lot of immigrants,” Medina said. “They may not live here, but they come to church here and they participate.”

Cami Koons covers rural affairs for Kansas City PBS in cooperation with Report for America. The work of our Report for America corps members is made possible, in part, through the generous support of the Ewing Marion Kauffman Foundation.

Thank you for subscribing!

Check your inbox, you should see something from us.