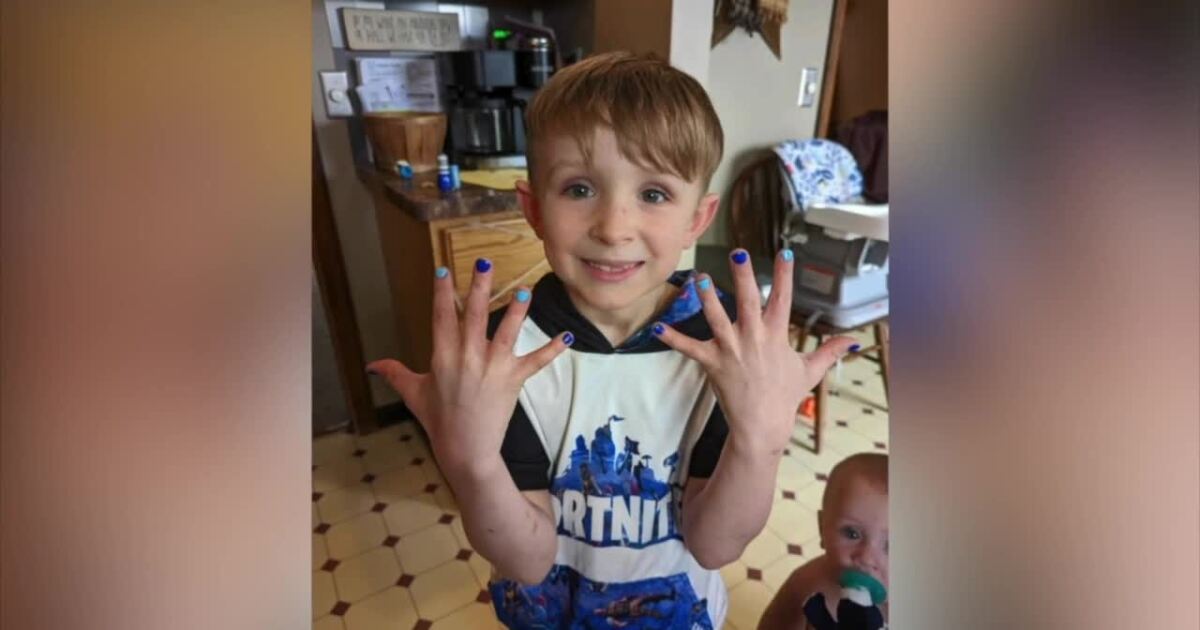 Element of Ohio. a community in the Northern Territories paints the nails of a victim of bullying

“Those are my favorites! I love them so much, I watch every game,” the Ohio Elementary freshman told North Tonawanda.

While most kids Finnick’s age could just wear a jersey or t-shirt to support their favorite team, he wanted to keep his Bills attached to him as much as possible.

He decided the best way to do that was to color his nails Bills blue to support his favorite team.

“I really like painting my nails and I wanted to have the Bills on my nails,” Muldowney said.

When Finnick arrived at school with his new set of painted nails, he was excited to show off his new manicure to all his friends – but the comments from other students in his first grade class weren’t the most pleasant.

“They’re really mean to me,” he said.

Finnick came home heartbroken that day. He was bullied by his classmates for painting his nails.

“They said they were girls. It made me feel bad,” Finnick said.

Immediately – his parents stepped in – calling the school and working to make sure their son was okay.

Her ten-year-old brother, Sawyer, took a different approach. He couldn’t bear to see his little brother being pushed around by other children.

Within a day, Sawyer’s class had little Finnick’s back. After speaking with their parents and describing the situation, the thirteen students in the class decided to paint their nails in support of Finnick.

“Everybody wanted to do it, to help Finney,” Sawyer said.

Finnick says he feels better – and doesn’t plan on taking the color off his nails.

“The bullies are missing,” Finnick said.

His story is not over either.

On Friday, April 1, the North Tonawanda Youth Center (of which Finnick is a member) will host “Finny Friday”, where young children can pick up a free set of colorful nails to support the young man.