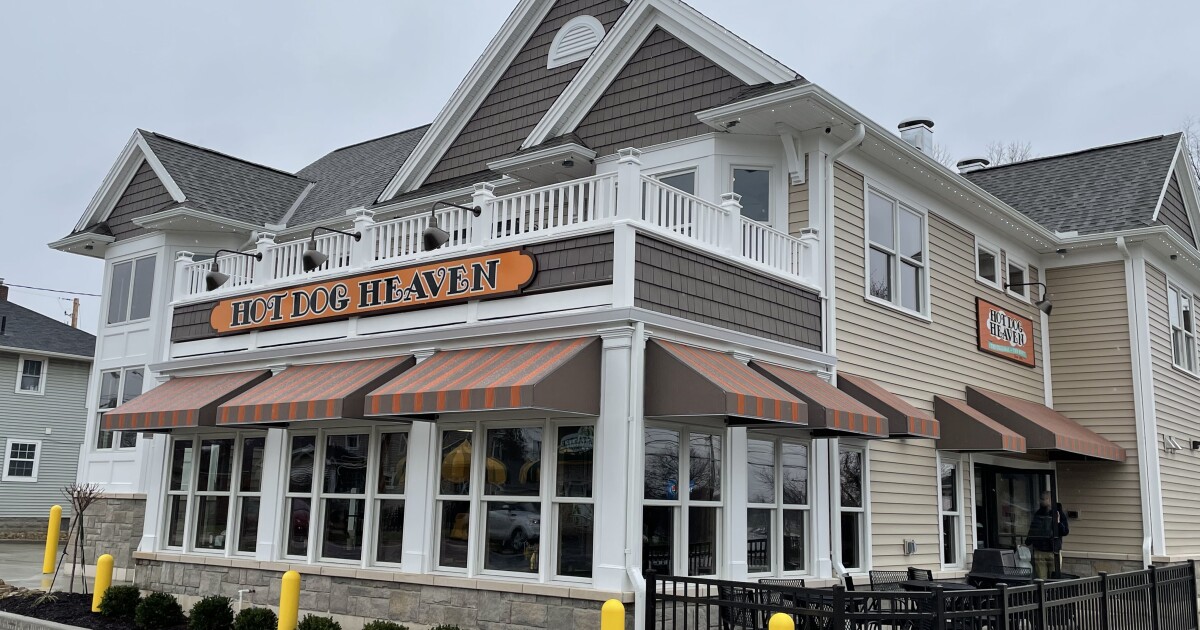 AMHERST, Ohio — It was during tense moments in the middle of the night on Sept. 1, 2020, that Chris Russo saw the future.

“I actually rethought it in my head during the fire,” Russo said.

Even though the flames destroyed her business, there was no doubt she would make a comeback.

“It’s not just a hot dog restaurant. Hot Dog Heaven is part of the fabric of Amherst,” Russo said.

Since 1976, they’ve been serving something special on Cleveland Avenue that goes way beyond a great bite to eat.

The proof is on the walls of his new building — “Hot Dog Heaven 2.0,” Russo said.

Russo turned to the loyal customers they served for decades to help refill the space with Amherst history.

“There were photos of former athletes, photos of the community inside the building,” Russo said.

Championship jersey donations, City snapshots and a scoreboard from the former Powers Elementary School all confirmed to Russo what he had long suspected.

“It just reaffirmed everything I thought people were thinking about Hot Dog Heaven,” Russo said.

“I’ve traveled all over the country looking for hot dogs,” Mitchell said.

The self-proclaimed chili dog connoisseur waited 19 months to get his fix.

“It’s just my favorite. We felt it as a loss in the family,” Mitchell said. It’s a similar sentiment shared by so many people.

“It’s the first time we’ve been back since the renovation,” said Maxine Holmes.

So many memories are intertwined with the staple of the community.

“It was just kind of a family tradition that before we went to the games, this is where we had our dinner,” Holmes said.

The dinner options on the menu have not changed for Holmes and her husband.

“We each have two hot dogs. He likes mustard, I like chili and onion,” Holmes said.

The mood hasn’t changed either.

Amherst may be known as the Sandstone Capital of the World, but Russo thinks there’s another distinction that resonates with the community as well.

“Honestly, I think it’s the hot dog capital of the world because Hot Dog Heaven is really, really important to everyone,” Russo said.

The return of the beloved restaurant has put the city back on the map in a big way.