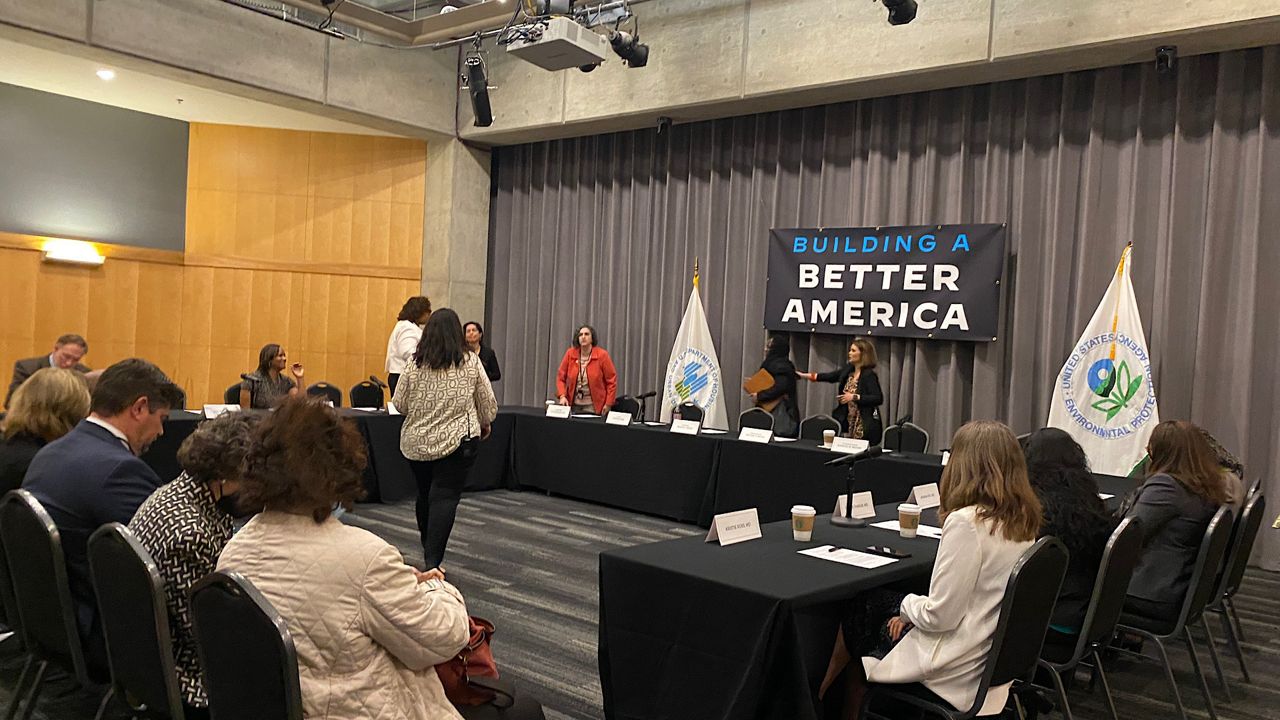 CLEVELAND — On Monday, Rep. Shontel Brown, OH-11, Cleveland Mayor Justin Bibb and other local leaders gathered at the Great Lakes Science Center to host a roundtable on lead safety in the community.

During the chat, Robin Brown shared that in 1999, her daughter developed lead poisoning when she was four years old.

She said it was important to be at Monday’s roundtable as the government invests $55 billion from the bipartisan Infrastructure Act to provide safe drinking water for all American families and eliminate lead from country service lines.

“It’s not an easy place as a parent or family, because it doesn’t just impact the child. [It] affects the whole family,” Brown said. “I was invested in this because African Americans are the number one nationality poisoned by lead.”

Leaders said they are doing everything they can to ensure they educate the community and keep community members informed about potential sources of lead and how they can protect their families.

Concerns over the proposed closure of the Ohio VA Medical Center