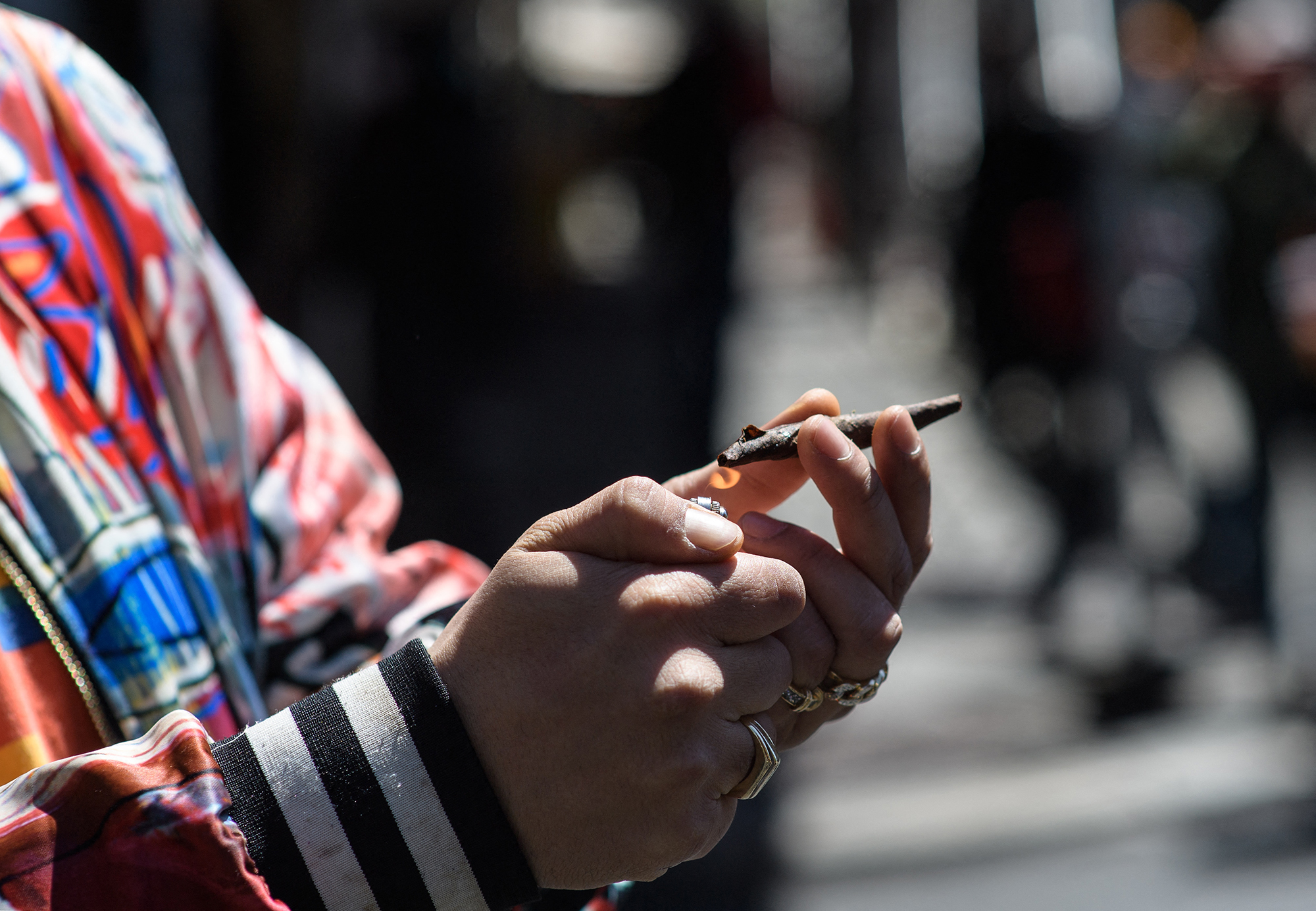 US lawmakers brace for cannabis industry

(CNN) – April is usually a pretty hectic month for the cannabis industry, with the 4/20 celebrations attracting plenty of attention – and sales.

But things heated up much earlier this year. During the first four days of April, the United States House of Representatives (once again and closely) passed a bill to decriminalize marijuana then, days later, legislation passed (overwhelmingly) to ease barriers to cannabis research. Additionally, Maryland lawmakers voted to include a measure on adult cannabis use in their state’s November ballot; New Mexico became the latest state to begin recreational sales; and this Thursday,New Jersey to start selling recreational cannabis.

Widespread legalization of cannabis in the United States seems closer than ever: more and more states have passed recreational use laws; comprehensive legislation gets attention – and votes – in Congress; and the industry continues to mature with a stream of mega-mergers, high-value investments and steady sales.

“The fact that the House of Representatives passed [the Marijuana Opportunity Reinvestment and Expungement Act] in two successive sessions of Congress is really a sign that the end of federal prohibition is approaching,” said Steven Hawkins, president and CEO of the US Cannabis Council, a trade and lobbying organization.

However, despite being an industry that has long embraced a “not if, but when” belief towards legalization, what is considered inevitable is not necessarily imminent. The MORE law, which received only three Republican votes, should not succeed in the Senate. Additionally, a separate legalization bill that Senate Majority Leader Chuck Schumer is expected to introduce this summer also may not garner the 60 votes needed to pass.

“In terms of passing from either [bill]it’s still a tough road to walk in the Senate,” Hawkins said. “But we’re not ruling anything out.”

The lack of federal legalization has not slowed one of the fastest growing industries in the USA.

The cannabis industry recorded sales estimated at $27 billion in 2021, up 35% from 2020, according to data released earlier this month by MJBiz, a cannabis trade publication and event organizer. ‘events. And in the next five years, he expects sales to nearly double.

“Right now, over 425,000 jobs in the economy are tied to the cannabis industry. With that, we’re seeing a continued increase in public support for legalization,” Hawkins said. “And we continue to see red and blue states pass laws to legalize cannabis for adult or medical use.”

As more states allow the sale of cannabis, companies in the nascent industry aren’t waiting for changes in federal law to claim their right.

Over the past year, there have been a few multi-billion dollar mergers. The latest: the acquisition of Columbia Care by Cresco for $2.1 billion. If the deal closes as expected in the fourth quarter, the combined company would have more than 120 retail locations and dozens of facilities in 17 states and Washington, DC.

Other avenues of legal reform

More than two-thirds of US states have legalized cannabis in one way or another: of the 37 that have medical marijuana laws, 18 of them have recreational cannabis laws, according to the National Conference of State Legislatures. And more could be on the way. States like Delaware, New Hampshire and Rhode Island are debating the legalization of cannabis for recreational use. Petitions and legislative efforts for medical marijuana programs are also underway in states including Kansas, Nebraska, North Carolina and South Carolina, said state policy director Karen O’Keefe. for the Marijuana Policy Project, a lobbying and advocacy organization.

The Safe and Fair Banking (SAFE) Act, which would make it easier for cannabis businesses to access banking services, is a big step towards broader reform. Because marijuana remains illegal in the eyes of the federal government, and despite the Financial Crimes Enforcement Network’s 2014 guidelinessome financial institutions have been reluctant to serve cannabis-related businesses for fear of violating anti-money laundering laws.

The SAFE Act bill is gaining traction in Congress and is now well positioned to become law, Hawkins said.

In addition to making it easier for financial institutions to work with cannabis companies, the SAFE Banking Act has long been touted as a public safety measure. Colorado Rep. Ed Perlmutter introduced the legislation for the first time five years ago following deadly robberies at paid dispensaries.

Escalating these security issues after another recent bout of criminal activity at dispensaries, Perlmutter asked Treasury Secretary Janet Yellen to “put the muscle of the administration behind its adoption”. Yellen replied that she was in favor of the bill, in an exchange first reported by Marijuana Moment.

However, further reforms, and even full legalization, could come through other means, including the Farm Bill, said Rep. David Scott, chairman of the House Agriculture Committee, in a tweet last monthScott lobbied for the Farm Bill to include a provision that would “remove barriers for small businesses and black entrepreneurs to establish legal cannabis businesses under state law.”

But all of these piecemeal approaches to legalization could end up backfiring, South Carolina Republican Rep. Nancy Mace said.

Last year, Mace introduced the States Reform Act, a bill that seeks to decriminalize cannabis, regulate it federally like alcohol, impose a 3% excise tax, let states determine their own cannabis approaches and programs and open doors to banking.

“It’s bad enough to have a multi-billion dollar industry running on cash. It’s dangerous,” she said.

Bills that address a singular issue like banking or research may not make it through the courts, she said.

“That’s my fear. Number one, we’re doing it right, constitutionally,” she said. “And, two, if we do a little piece of it, we’re not going to touch it for 20 years.”

Policymakers and industry members also must not lose sight of how individuals, especially people of color, continue to be criminalized for activities that are now legal at the state level, said Amber Littlejohn, CEO of the Minority Cannabis Business Association.

“First and foremost, we need to get people out of jail, and we need to stop arresting people for doing things that make a lot of money,” she said.

Throughout the country, black people are 3.6 times more likely than whites to be arrested for a cannabis-related reason, despite similar rates of use, according to the American Civil Liberties Union.

People of color also face huge barriers within the industry. Attempts have been made to create pathways into the industry for those with nonviolent marijuana convictions whose communities have been negatively impacted by the war on drugs. But those efforts have been largely unsuccessful due to state policies that limit licensing, fail to provide financial and business resources to people of color, and benefit wealthier multistate operators, Littlejohn said.

“I think one of the biggest issues is that there seems to be an incredible disconnect between what people say they support and believe and what [becomes law]”, she said. “It’s up to us, the collective us, to hold people accountable.”

Cannabis in the land of enchantment

Between April 1 and April 3, the first weekend of legal adult-use sales in New Mexico, cannabis retailers sold more than $5.2 million worth of recreational and medical products, Grisham said.

Parin Kumar, CEO and co-owner of the recently opened Vana Society cannabis store in Clovis, on the state’s eastern border, said she sees a steady stream of customers.

For small towns like Clovis looking to diversify their economy, the booming industry is a boon, which should bring new jobs and tax revenue.

“Particularly in communities like Clovis, the buildings, the infrastructure, the school needs help, it can definitely do a lot for the community economically,” Kumar said. “It feels like we’re giving back.”