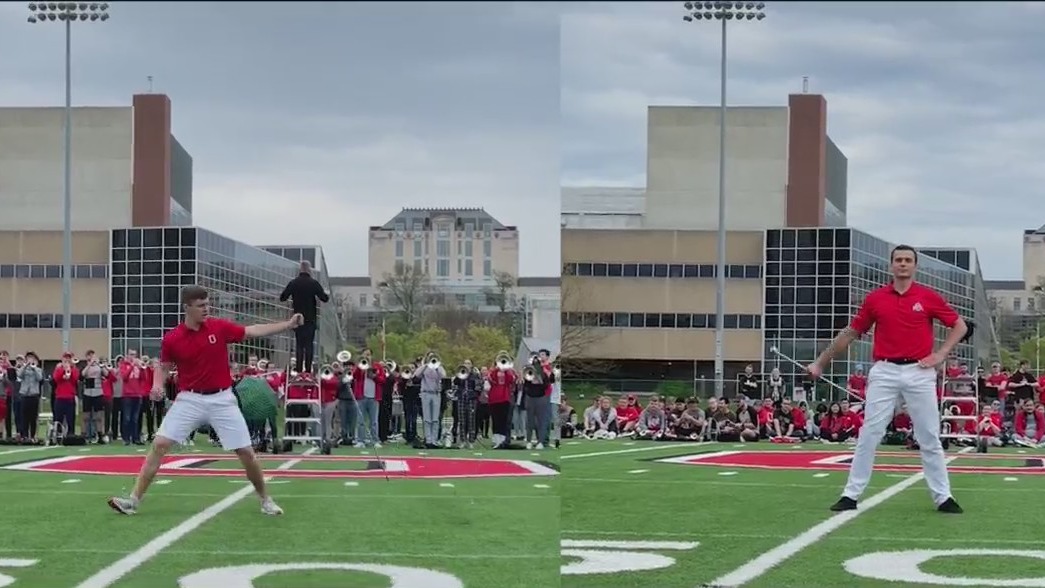 Austin Bowman and Dalton Cararo were chief drum major and assistant drum major respectively last year, and on Saturday they reclaimed their titles at tryouts.

Throughout the tryouts at Lincoln Tower Field, the contestants were required to perform multiple field entries and movements, as well as a series of high throws and solo spins.

After being judged by band staff and former drum majors, the contest was narrowed down to Bowman and Cararo who again scored the best of all contestants.

Now that their routines are complete, both men said they can’t wait to get back on the court and lead their fellow band members again.

“I had it for a second year, and that’s all you can do,” Bowman said. “So now I just have to enjoy the ride, give back as much as I can to the band and the fans, and just enjoy what I have left.”

This is the first time the band has had the same two drum majors in the same roles since 2018.

Tryouts for the remaining band members will take place in August.