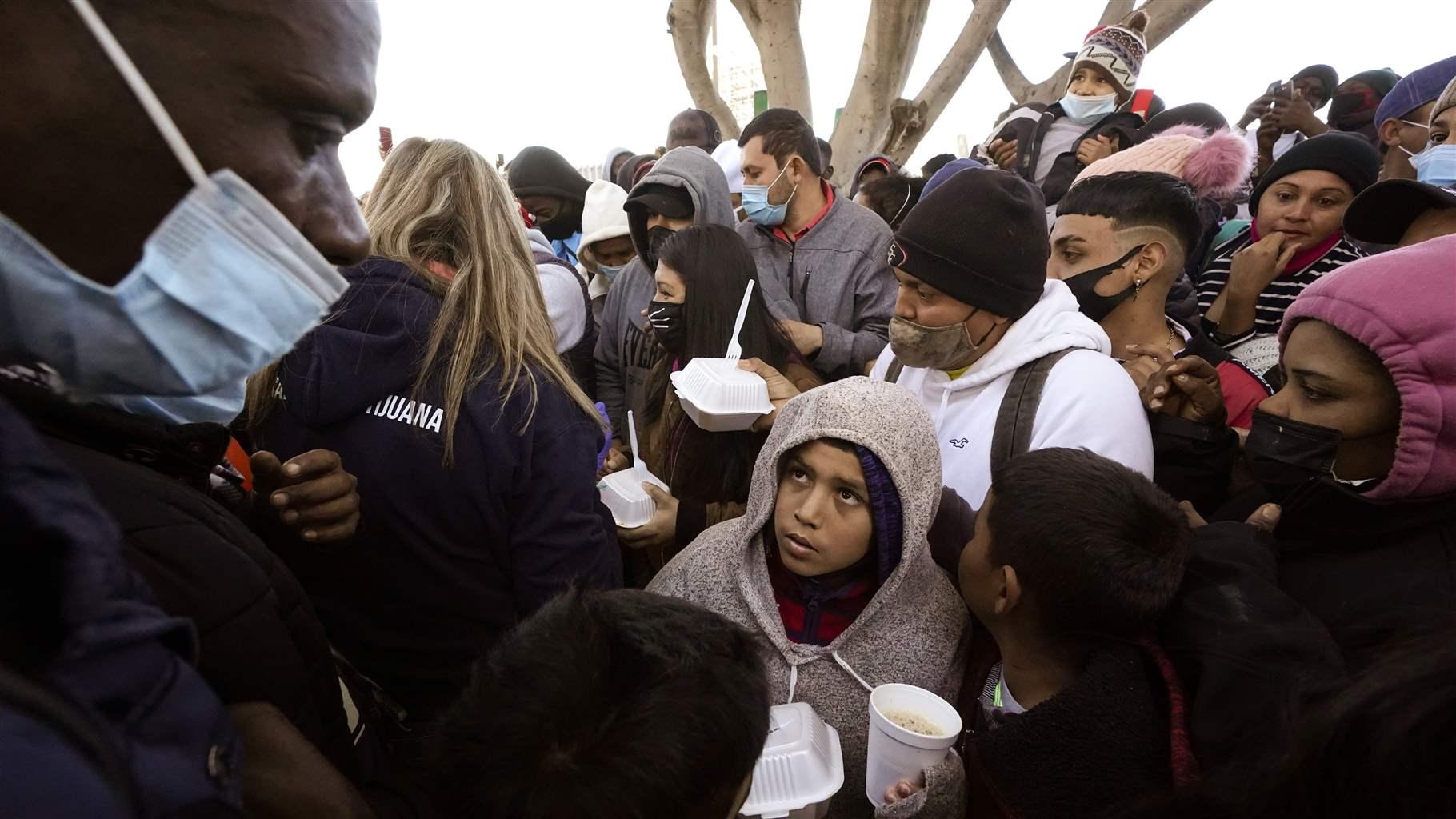 On the morning of April 28, Republican Texas Attorney General Ken Paxton filed his 11th immigration-related lawsuit against the Biden administration, submitting his paperwork to a U.S. District Court judge in the begging city of ‘Amarillo, then issuing a press release about it.

On the same day, a coalition of 14 other red states filed a similar lawsuit in federal district court in Arizona.

The coordinated effort aims to block a new policy allowing individual U.S. asylum officers — rather than immigration judges — to adjudicate newly arrived immigrants’ claims. It’s also part of a trend that’s taken hold among GOP attorneys general over the past year, one that they’ve borrowed from their Blue State counterparts.

Since President Joe Biden’s inauguration in January 2021, red states have filed lawsuits over mask mandates, COVID-19 vaccination rules for large employers, and the social cost of greenhouse gas emissions. , but seem particularly interested in thwarting migration across the US-Mexico border. Republican attorneys general have filed more than a dozen lawsuits in multiple states over the past year to block Biden’s immigration policies they dislike.

The tactic of multistate coalitions blocking federal policies or actions has become a powerful tool in the arsenal of state attorneys general, according to Paul Nolette, chair of the political science department at Marquette University. Nolette has been tracking multistate litigation by state attorneys general since 2007 and is the creator of AttorneysGeneral.org, a website dedicated to data.

He said states wishing to block Biden’s immigration policy simply need to approach a supportive, preferably conservative, district judge appointed by a Republican president, present their case and seek a preliminary injunction. If a judge grants the injunction, the policy is halted, Nolette said.

“That’s the game they’re playing, and getting a preliminary injunction is key,” Nolette said. “Especially as district courts are increasingly willing to have nationwide injunctions, it’s a good way to get your money’s worth.”

Since Biden took office, Republican-led states have filed some 27 lawsuits or appeals seeking to block the administration’s immigration actions, according to Stateline to research. At least 15 were multistate efforts by Republican attorneys general.

The administration’s proposed asylum office rule, which is set to take effect May 31, aims to reduce the average time asylum seekers wait to receive a decision in their case from years to months, according to Homeland Security Secretary Alejandro Mayorkas. In March, immigration judges had nearly 1.7 million cases backlogged — the largest backlog in the nation’s history, according to Syracuse University’s Transactional Records Access Clearinghouse.

According to Nolette’s research, the first multi-state immigration lawsuit was filed in 2014 by 23 red states led by Texas. States successfully blocked an Obama administration directive titled Deferred Action for Parents of Americans and Lawful Permanent Residents. DAPA, as the policy was known, allowed noncitizens with U.S. citizen children of any age to apply for legal residency.

State attorneys general from 17 blue states, including California and New York, banded together to make the case for DAPA. Their efforts were futile against the new Trump administration, which rescinded the policy in 2017.

Multistate litigation aimed at blocking immigration policy has grown from just one case during the Obama years to 18 under the Trump administration. The largest case was filed by Hawaii and backed by 18 blue states opposed to the administration’s travel ban against residents of Muslim-majority countries. Attorneys general in 17 red states backed the ban, which was ultimately upheld by the Supreme Court.

“It’s become institutionalized and almost expected at this point that a multi-state coalition of AGs is going to push back on any new regulatory announcements coming out of Washington,” Nolette said.

It traces the beginning of multistate litigation to the early 1980s, when state attorneys general led the first coordinated efforts against the environmental and antitrust policies of the Reagan administration. Nearly half of all multistate lawsuits against the federal government Nolette has tracked have been filed against the US Environmental Protection Agency.

By comparison, under the George W. Bush and Obama administrations, a total of 76 and 78 multistate lawsuits were filed against them, respectively, during the eight years each was in office.

“It was basically double the chases in half the time,” Nolette said. “We had Democratic GAs virtually every week, suing the administration on a whole host of issues.”

Many cases filed under the Trump administration are still pending, but of the 74 that had been heard in a U.S. district court in October, 57 had been before a judge appointed by a Democratic president, according to Attorneysgeneral.org.

Democratic attorneys general have often sued Trump-era policies in the United States Court of Appeals for the 9th Circuit, headquartered in San Francisco, where liberal-leaning judges were more receptive to their arguments. As of November 2020, the 9th Circuit had 16 out of 29 judges appointed by a Democratic president, the most of any appeals court nationwide.

Now the battleground has shifted to Texas, where a judicial assignment system in some U.S. district courts allows plaintiffs to essentially choose their judges, and where a federal circuit court has been pulled further to the right with those named by Trump, according to Cris Ramón, an immigration attorney and analyst for the Bipartisan Policy Center, a Washington, DC-based think tank.

Paxton, the Texas attorney general, had filed 27 lawsuits against the Biden administration last month, continuing the tradition established by his predecessor, Republican Gov. Greg Abbott, who joked, “I go to office, I sue the feds. and I’m Going Home,” in 2013, when he was attorney general during the Obama era.

Ramón said the country’s immigration problems will not be solved in court and that Congress should be the place where opposing sides find a permanent solution.

“The people we elected to pass laws and make changes don’t do that with immigration,” Ramón said. “We allow the judges to do that, and I don’t think the judges are necessarily happy to do that.”

According to Stateline to research. Only four of the immigration lawsuits have been successful, according to Jessica Bolter, a policy analyst associated with the Migration Policy Institute, a research organization.

Among GOP victories: Texas successfully challenged a 100-day eviction moratorium issued on Biden’s inauguration day. Texas and Missouri blocked the so-called stay-in-Mexico policy that was heard in late April by the US Supreme Court. Texas and Louisiana have partially blocked new guidelines prioritizing who should be arrested and deported. Arizona has also partially blocked similar priorities.

Bolter said it’s no coincidence that this new phenomenon of states banding together to challenge federal action on immigration comes at a time when Congress is extremely deadlocked on the issue.

She said the lack of action by Congress has caused the executive branch to step in and try to make changes where they can. But the executive branch’s action reflects the views on immigration of either party in the White House, when a congressional solution could come from a compromise between the two parties.

“This has resulted in more lawsuits and courts weighing more and more on immigration policy, ultimately leading to a really confusing immigration policy landscape that can kind of change in no time. time,” Bolter said.

Besides the legal precedent sometimes set by successful partisan lawsuits, she said, a bigger lasting effect has been a decrease in trust in government and the immigration system.