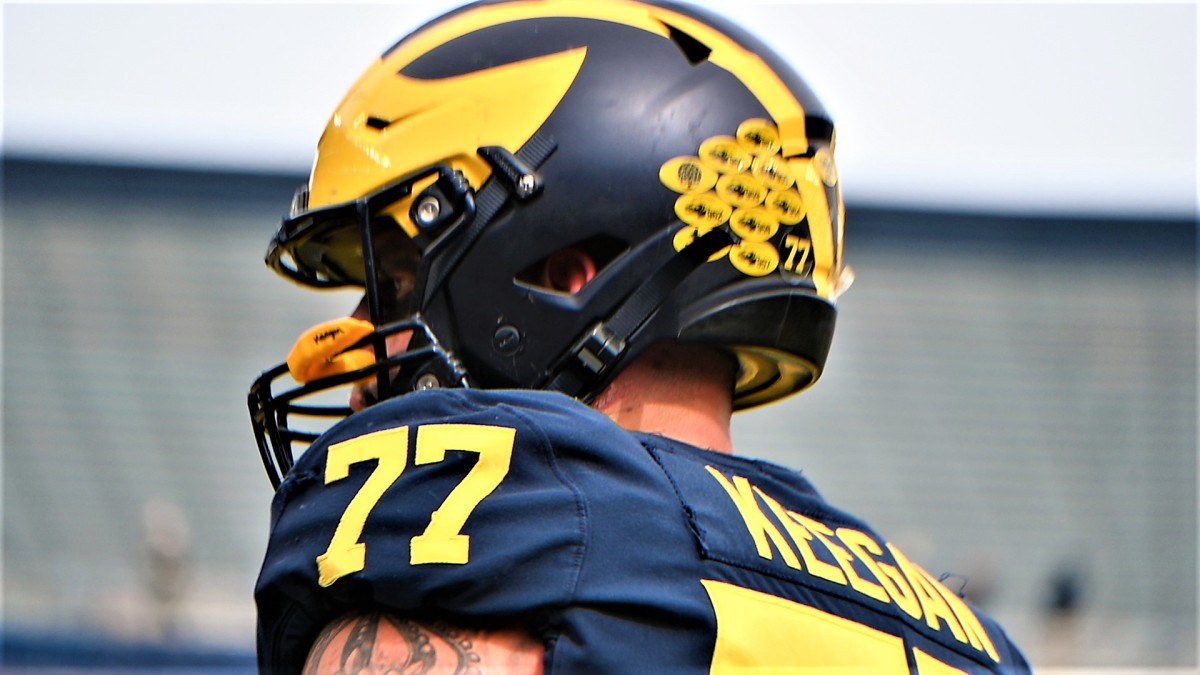 If there’s one thing you would have thought the good people of Columbus would have learned after 2021, it’s that the Michigan Wolverines are done playing doormat for the Ohio State Buckeyes.

In one of the most dominating performances against Ohio State in more than two decades, the Wolverines spent most of the afternoon slapping their nemesis in front of more than 110,000 inside. of the Big House – leading to a 42-27 win. The November 27 win would put Michigan in Indianapolis for the Big Ten Championship Game and ultimately lead to the program’s 43rd conference championship, more than any other program in the conference.

As Michigan enters the 2022 season as defending champions, you’d like the folks of Columbus to be acutely aware that Michigan poses the biggest threat to Ohio State‘s championship hopes and dominance. long-time member of the conference. In previous instances where Michigan could only rely on incredible facilities, moral victories and academic accomplishments, the Wolverines can now present great recruits with the most important recruiting tool available to recruiting programs – the material.

Even with a devastating loss to the Wolverines and Michigan winning the conference championship as a result, at least one reporter in Columbus doesn’t see the Wolverines as a threat. In fact, he says it’s Penn State — not Michigan — that poses the biggest threat to the Buckeyes going forward.

Here’s a bit of what Buckeyes reporter Austin Ward had to say:

Penn State is definitely a notch below Michigan when it comes to being called a rivalry, and that’s not going to change. But when it comes to the most competitive series and establishing which program is truly the biggest threat to Ohio State’s reign of dominance in the Big Ten, the Nittany Lions have clearly surpassed the Wolverines.

Bragging rights and golden pants might be what the Buckeyes most want to win every year. But if they want to continue wearing the conference crown or earn another berth in the College Football Playoffs, the team they need beat the most is Penn State.

Sure, he argues that the Nittany Lions have put up more fights than the Wolverines over the past decade, but it’s also a ‘what have you done for me lately’ world – and the reality is that the Michigan currently runs the Big Ten conference. That’s one of the perks of being the defending conference champion.

From there, Ward’s article ends with a statement that was clearly written through scarlet and gray glasses – implying that Ohio State owns the conference and that Penn State has somehow took second place from presumably Michigan.

And while Penn State might be the third wheel in the rivalry discussion, there’s no doubt that it took second place in the Big Ten pecking order.

There’s definitely a pecking order when it comes to the Big Ten conference, but it doesn’t look like it was before 2021. It’s clear that some people in Columbus still have a hard time accepting that.