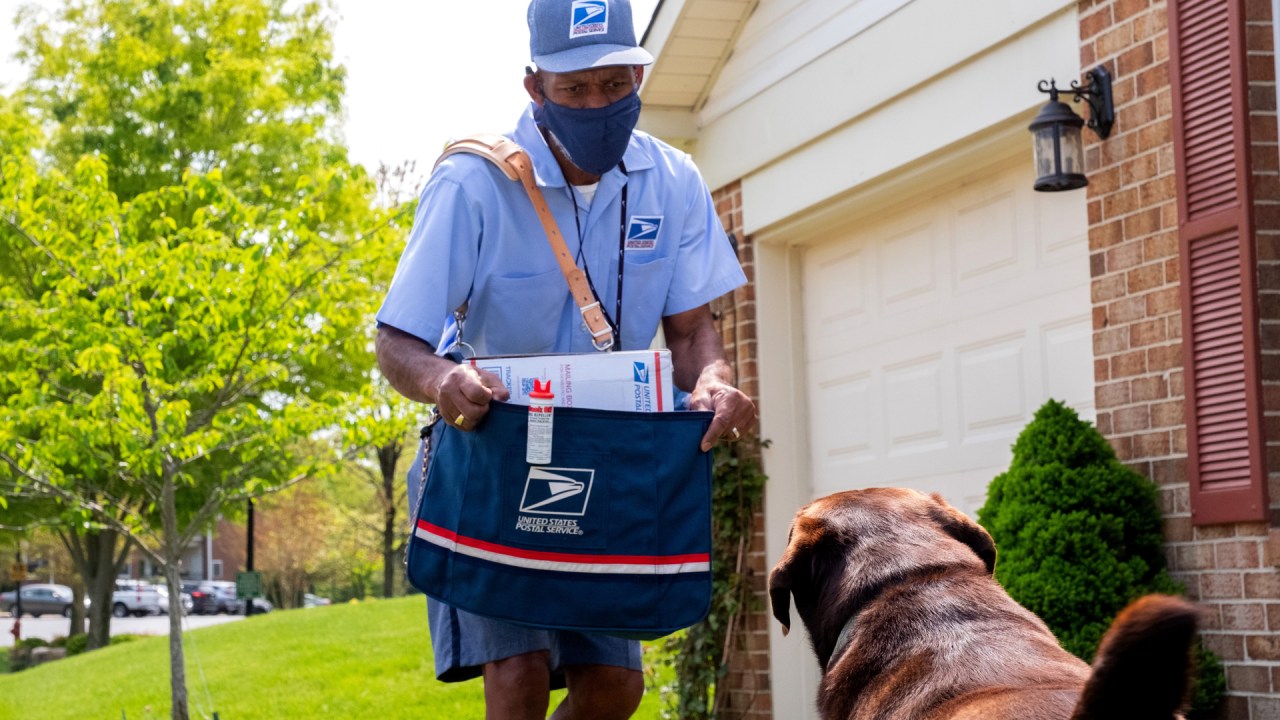 (KTLA) – If you’re a mail carrier, you probably know the fear of approaching a house that has a dog.

More than 5,400 postal workers were attacked by dogs in the United States in 2021, according to the US Postal Service.

“From nipping and biting to vicious attacks, aggressive dog behavior poses a serious threat to postal workers and the public,” the agency said in a press release Thursday.

To highlight the seriousness of the problem, the Postal Service is highlighting the dos and don’ts of responsible dog ownership as part of its annual National Dog Bite Awareness Week public service campaign.

The theme for this year’s campaign, which runs from June 5 through June 11, is “USPS Delivers for America – Deliver for Us While Restraining Your Dog.”

“Each year, thousands of postal workers are attacked by dogs while delivering US mail. And while it’s a dog’s natural instinct to protect their family and home, we ask all customers to act responsibly by taking safety precautions with their dogs during mail delivery.” said Leeann Theriault, USPS employee health and safety awareness manager. “When a porter comes to the residence, keep the dog inside the house and away from the door – or behind a fence on a leash – to avoid an attack.”

Dogs are primarily territorial in nature and protective of their owners and their owners’ property, the USPS said, adding that defending territory sometimes means attacking — and possibly biting — the postman. Dog owners are responsible for controlling their dogs, the agency said.

Since the carrier usually arrives at the same time each day, the agency suggests securing your dog inside the house or behind a fence beforehand.

Pet owners should remind their children not to take mail directly from a mail carrier because the dog may see the carrier as a threat, the USPS advised.

Last year, many of the attacks reported by letter carriers came from dogs whose owners routinely declared, “My dog ​​doesn’t bite,” according to the USPS.

Letter carriers are trained to observe an area where they know dogs may be present and are taught to be alert for potentially dangerous conditions and to respect a dog’s territory.

If a dog attacks, porters are trained to hold their ground and protect their bodies by placing something between them and the dog — like their mail bag — and to use dog repellent if necessary, the USPS said.

“I was bitten by a dog in the leg recently, and my mail bag helped protect me,” said Francisco Juarez, a Houston delivery courier. “The sound of a barking dog on my ride puts me on high alert and I try to be ready to protect myself.”

Dog bites can lead to injuries for carriers and costly medical expenses for dog owners, the Postal Service said.

Carriers have a dog alert feature tool on their handheld scanners to remind them of possible danger to dogs on their routes.

When a carrier feels unsafe, postal service can be disrupted, not just for the dog’s owner, but for the entire neighborhood, according to the USPS. When service is stopped, mail must be picked up at the post office and service will not be restored until the dog is properly restrained, the agency said.

Click here to find the most read stories on WDTN.com