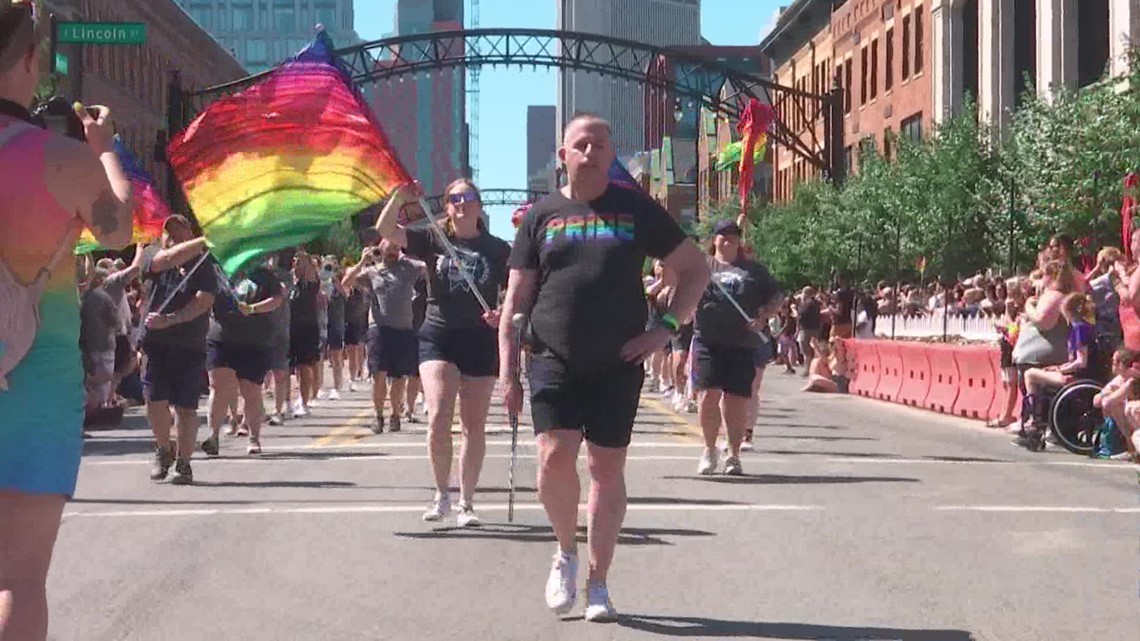 The Columbus Pride Band led more than 17,000 people to march down the High Street on Saturday to support and celebrate Central Ohio’s LGBTQ community.

COLUMBUS, Ohio — It was a sea of ​​rainbows in downtown Columbus on Saturday as Stonewall Columbus kicked off its first in-person pride event since the pandemic began.

The theme for this year’s The People’s Pride event put people first as thousands were greeted by a welcoming atmosphere and celebrated decades of pride.

The Columbus Pride Band led over 17,000 people to march down the High Street in support and celebration of Central Ohio’s LGBTQ community.

For Kegan Sulamoyo, the event reassured them that they would be accepted for who they were.

“This event is very welcoming, especially for me. I had my first pride in Cleveland a few weeks ago and it was very encouraging to help people accept me for who I am,” Sulamoyo said.

After the march, the Pride Festival resumed at Goodale Park with resources and entertainment for all to enjoy.

Emmett Podgorski said Pride celebrations are starting to feel more mainstream, which equates to greater acceptance of the LGBTQ community.

“It’s like so mainstream now, which is really cool because it means more people know about the community and it’s more accepted, which is amazing,” he said.

This year’s Pride events are expected to draw more than 700,000 visitors, according to Stonewall Columbus. Some of them experience the pride of Columbus for the first time.