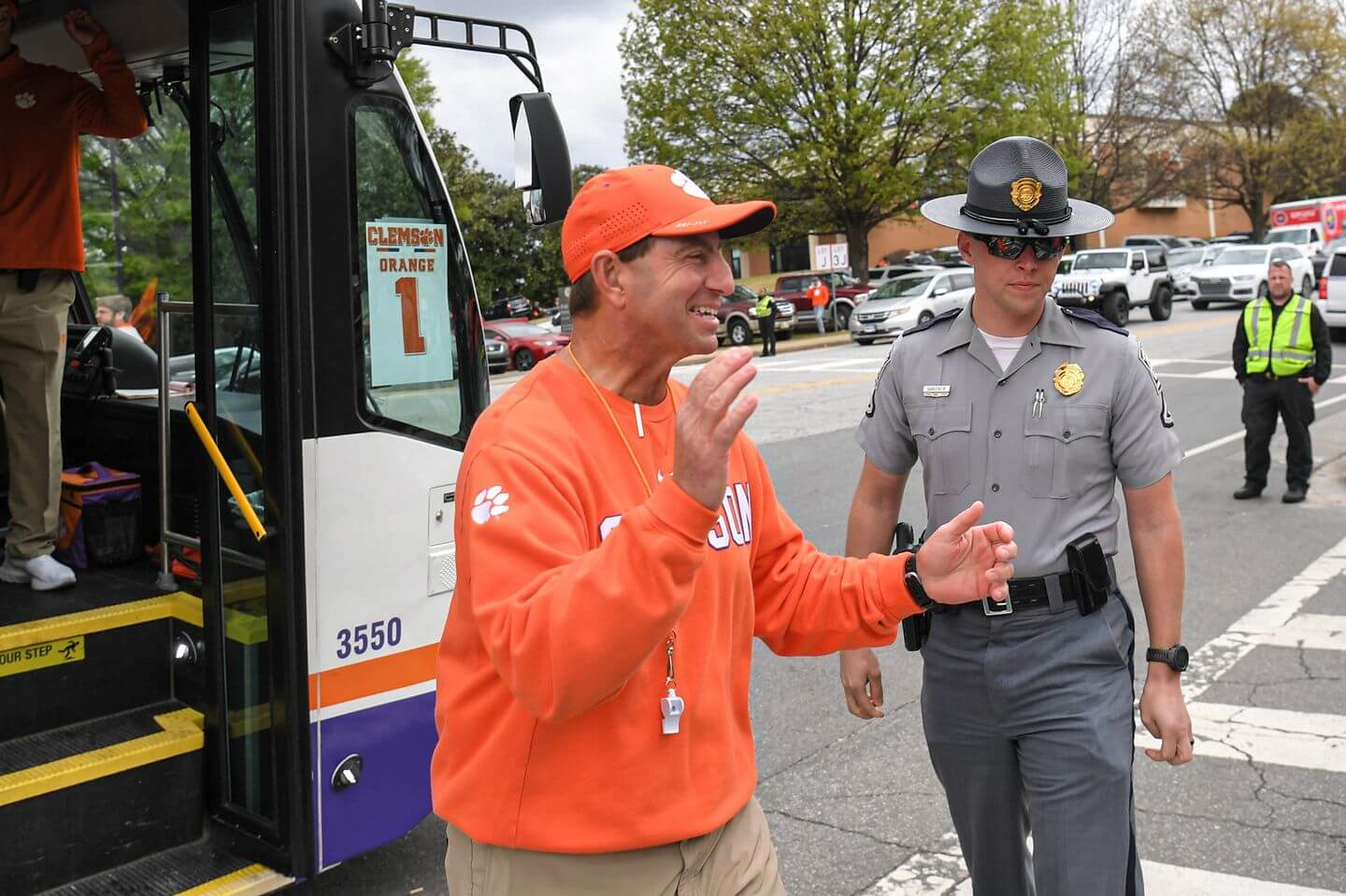 Four-star defensive lineman AJ Hoffler signed to Clemson on Tuesday night, picking the Tigers over Ohio State, North Carolina and others. Hoffler, who attends Woodward Academy in Atlanta, is the 288th national prospect and the 39th defensive lineman. He is also the No. 29 prospect in Georgia by the 247Sports Composite.

Hoffler had originally planned to commit to a school around his birthday in August, but moved his schedule shortly after visiting the Tigers earlier this month. He is the 13th commitment in this class and the 10th this month for a Tigers program that was a dominant force on the recruiting track in June. Clemson currently has the No. 4 class in the nation.

Hoffler was planning to visit North Carolina at the end of the month, but upon committing to Clemson, he agrees to cancel that visit, per a Dabo Swinney policy for his promises.

Hoffler made an official visit to Clemson June 3-5, where he enjoyed shrimp and grits, a photo shoot, a campus scavenger hunt, basketball at Swinney’s and time outs with current players of the Tigers.

“My host was Myles Murphy but I was hanging out with KJ Henry, Tré Williams, Justin Mascoll (and) Kevin Swint,” Hoffler said. “Almost the majority of the D line.”