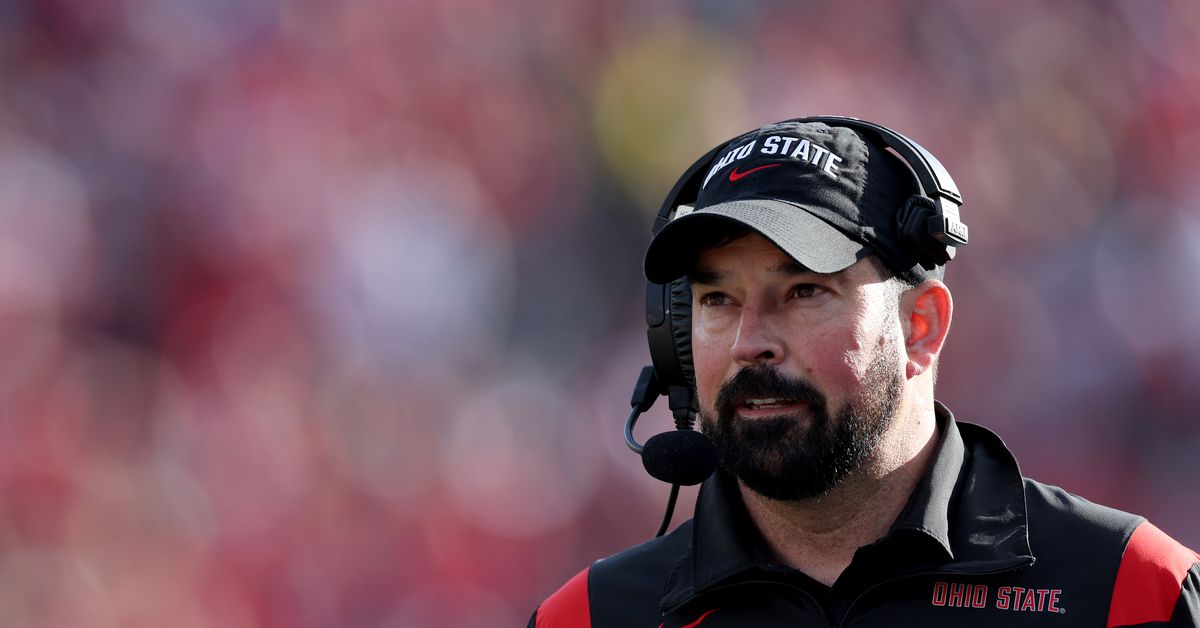 Since Ryan Day became Ohio State’s head coach, the team has signed nine players through the transfer portal. They’ve seen 15 leave since the start of the 2021 season. A big disparity when you look at the three-year sample size, but no reason to worry, as the success rate of these guys coming in has been better than most. And for the players who left? With the exception of Jameson Williams, nothing to lose sleep over.

That success rate that I mentioned has been pretty, pretty, pretty good, to use an expression from Larry David. Justin Fields? You already know. Jonah Jackson? Not bad. Trey Sermon and/or Noah Ruggles? Each may have saved a game or two for the Buckeyes. Three additional players – Tanner McCalister, Chip Trayanum and Parker Lewis (can’t lose) have yet to adapt, meaning Day’s known pass rate is almost unbelievably good with the transfers he’s hosted. That being said, OSU’s sample size is much smaller than most other schools.

While it’s hard to argue with Day’s winning percentage, some fans openly wondered if his lack of Portal aggression would eventually come back to haunt him and the program. Fans have also questioned a lot of other things, but let’s narrow our focus a bit.

Former freshman All-American Eli Ricks was arguably BFC’s most wanted free agent (for a while), and Ohio State was reportedly after him. Day and his team eventually backed down, surprising some. When last year’s Biletnikoff Award winner and former Pitt WR Jordan Addison left school late, which helped turn him into a star – he was barely among the top 300 rookies and had no lots of offers from the national elite – there were whispers that he was waiting for news from OSU. If a conversation took place, I personally don’t know, but if the Buckeyes had were aggressive in pursuing one or both players, they likely would have earned additional praise from fans and/or the media.

Whether these guys would have ultimately committed to Ohio State or had any tangible impact is up for debate. To me, it’s all hypothetical, so there’s no point in getting upset or frustrated that Ricks or Addison didn’t end up in Columbus. Ricks hasn’t played a ton of football in the past two years, and there have been questions about his desire to do so at the college level. Addison has become one hell of a player, but OSU apparently has a dozen already sitting in its WR room.

Rather than getting upset or questioning the motivations of the staff, maybe we (the Buckeye fans) should trust the head coach who’s gone 34-4 and the new coaches he’s got. brought – all of which could be considered in a different category of transfers. I would even ask you this: do you prefer Eli Ricks or Jim Knowles? Jordan Addison, or several new coaches to help tighten up the secondary? Yeah…that’s what I thought.

So, did Ohio State miss out? I do not think so. I think they were selective by design. Many CFB teams have taken a different approach, with varying degrees of success. It worked really well for Mel Tucker, but Oklahoma and Florida State were considered two of the 2021 Portal “winners,” and their the additions haven’t really moved the counter.

Transfers could pay huge dividends in 2022 for a school like USC, but there are a lot of layers to this story. Money has also become a much bigger factor, so not all situations are the same. But the fact remains that OSU was unaffected by their lack of activity in the transfer portal. There is no tangible proof.

Instead, I believe Day and his coaching staff prefer good old-fashioned team spirit. You remember ? For as much new-school approach as these coaches have taken in just about every other area, they seem to be traditionalists when it comes to this particular thing. And guess what? I dig it.

Ohio State aims for a level of camaraderie and cohesion that we don’t see every day. I don’t want to exaggerate here, but I see it as a war between mercenaries and close-knit soldiers. Day and his staff want to train and develop their guys from boot camp to the front line, while others prefer to hire experienced private contractors. Either group is capable of winning a battle, but I don’t know what that means in the end.

Another way to look at it is through the lens of the recent NBA Finals. Both Boston Celtics and Golden State Warriors are “local” teams (for the most part). They have succeeded, in large part, through development within their own program. Sure, Golden State brought in Kevin Durant for a few seasons, but they have a core of players who have sustained success and kept the franchise at the highest level year after year. I think that’s how Day sees his window and OSU’s opportunity. Do they want to be the Lakers, who went all-in for a championship in the bubble, only to then regress? Or would the Buckeyes instead replicate the Warriors’ decade of excellence?

Now that I’ve made the comparisons to the war and the NBA, it’s time to get back to the question at hand. I believe Ohio State is building a stronger, more cohesive program. Could they be burned by Alabama, along with Ricks, Jahmyr Gibbs and Jermaine Burton – all coveted transfers? Yes, and they have been recently. But I expect OSU to compete for a national title almost every season under Day. He’s 3/3 so far, why start doubting him now?

Also, I think brotherhood and family mean a lot in the end. We hear about these things constantly from former Buckeyes, and maybe I’m a homer, but I don’t hear the same words thrown around by former USC or Oklahoma or State of Florida. Ohio State might not end up winning a championship anytime soon, but IMHO, at least they’re maintaining a program in the best way possible.

Why are so many Northeast Ohio communities foregoing the use of garden firecrackers?