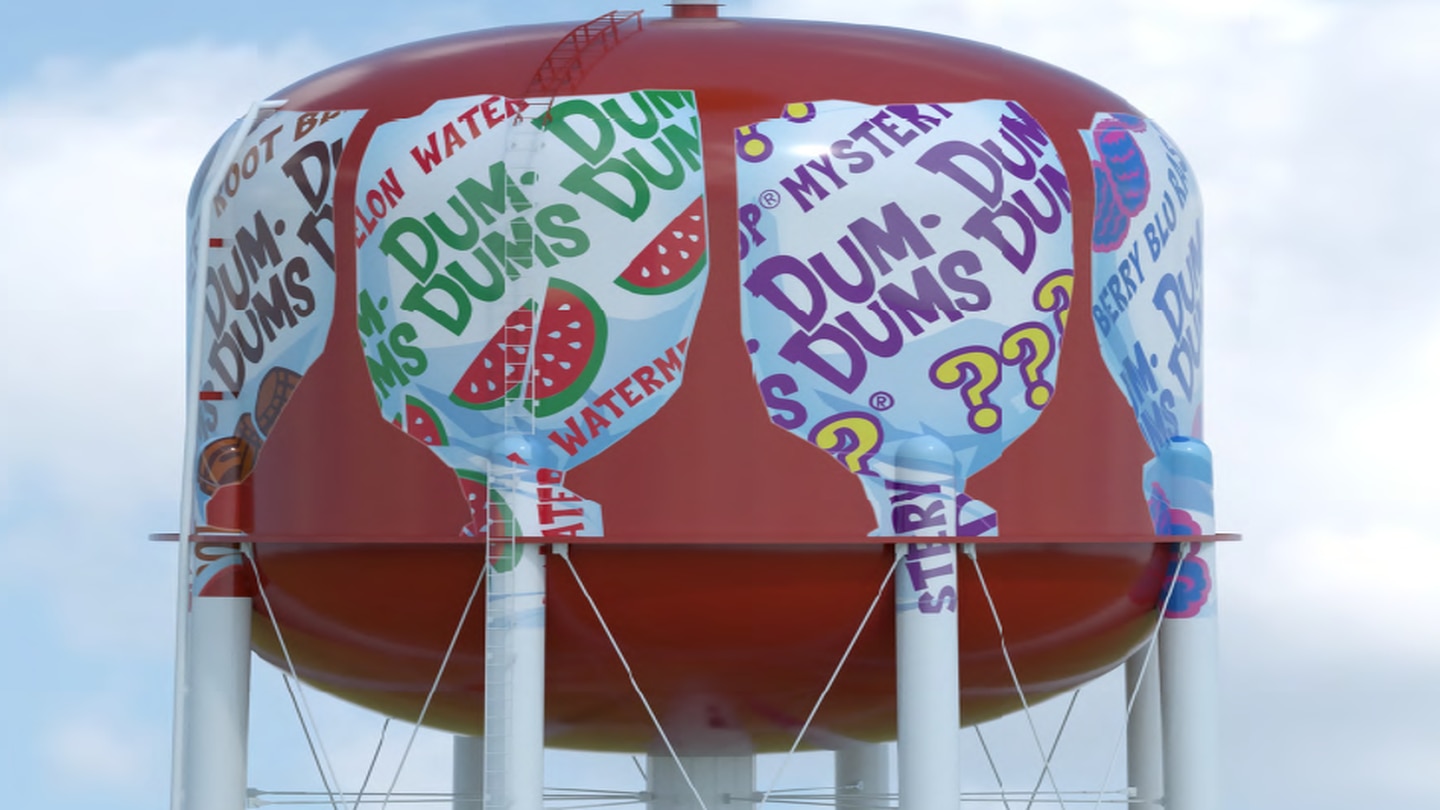 BRYAN, Ohio – A candy company has teamed up with an Ohio city government to create a water tower with colorful lollipops.

Spangler Candy Company announced that it had partnered with the Bryan Board of Public Affairs to redesign the water tower on the northwest side of town, with the goal of creating a “historic attraction for the community.”

The design, first shown at Bryan’s BPA public meeting on July 5, features eight large Dum-Dum lollipops painted around the main water tower tank, with the tower legs painted white to represent the lollipop sticks. The words “BRYAN, OHIO” will be printed in the center tube.

“We are so excited to have the opportunity to make this water tower an even greater asset to our community beyond just holding water,” Spangler Candy CEO Kirk Vashaw said in a statement. . “With its new design painted by a world-renowned artist, it will become a new landmark for Bryan and provide a great opportunity to promote our city.”

Eric Henn, an award-winning muralist who has painted other water towers, was brought in for the project, WTVG reported.

Spangler Candy Company has been making Dum-Dum lollipops in Bryan since 1906 and told WTOL that part of the inspiration for the water tower was to build excitement for the upcoming “Spangler Candy World” attraction. business, which is expected to open in 2023.