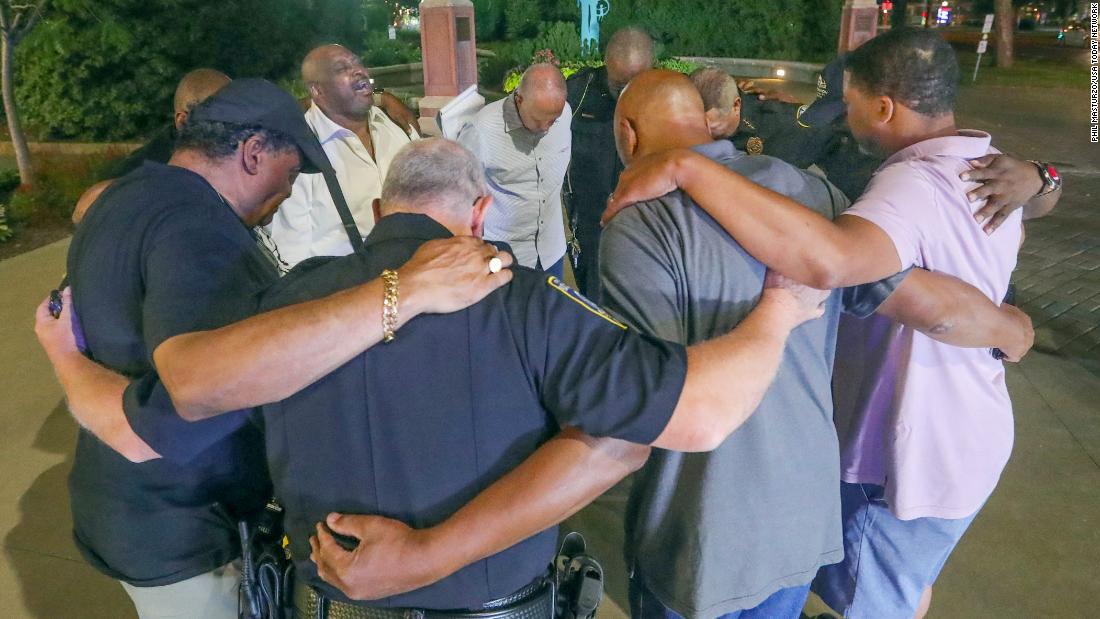 At around 9:15 p.m., police responded to a report of shots being fired on Princeton Street, Akron Police Chief Steve Mylett said at the press conference.

“As the reports started to come in, we were informed that a 4-year-old baby and another man had also been shot,” he said. “It’s been a very difficult week for Akron.”

Police did not give details of the circumstances of the shooting. CNN has reached out to Akron police and other city officials for comment.

The child’s death comes days after protests erupted in the city over the killing of 25-year-old Jayland Walker, who suffered at least 60 gunshot wounds when eight officers fired on him. Police say Walker fired what appeared to be a shot through the window during the car chase and a gun was found in his vehicle after the shooting. But Walker was unarmed when he was killed.

Akron implemented multiple curfews after police body camera footage of the shooting emerged. The city also canceled its July 4 fireworks out of an abundance of caution.

The mayor, police chief and community leaders, who attended Friday night’s press conference, implored residents to ease the tension in the city.

“We are tired,” said Pastor Bradley Reeves of Restoration Community Church. “This needs to stop. … There’s a baby here that won’t see 5,” Reeves said. “Not only does the community need to calm down, but the police need to calm down too.

Reeves acknowledged the impact Walker’s murder had on the community.

“We are still reeling from other major events unfolding, and I will say Jayland Walker’s name,” he said. But everyone needs to calm down to keep the community safe, Reeves added.

Akron officials have come under intense scrutiny following the June 27 murder of Walker.

“The police department has responsibilities that we have to take on ourselves,” Mylett said Friday night. “And I’m here to tell you as the chief of police, we’re going to do it. We’re going in the direction that people want.