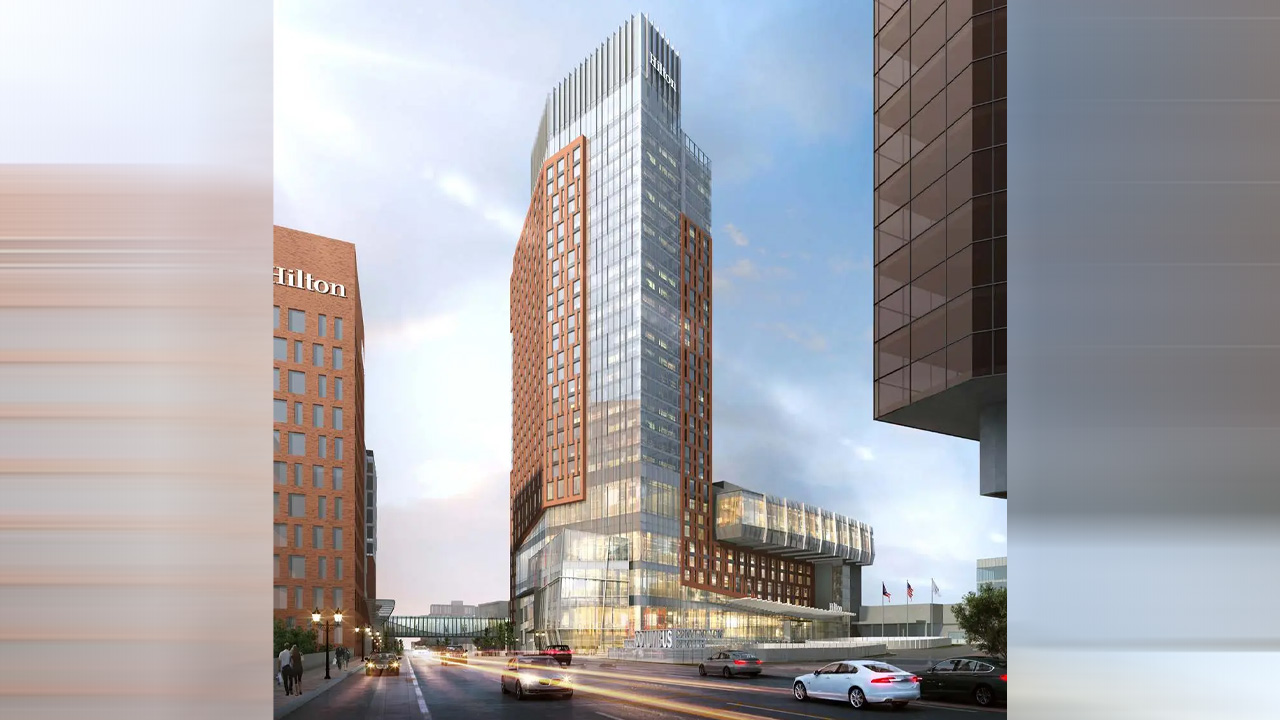 See when Ohio’s largest hotel is about to open

COLUMBUS, Ohio (WCMH) — The hotel that changed the shape of the Columbus skyline is set to open before football season.

Christian Coffin, general manager of the Hilton Columbus Downtown, said if all goes according to plan, they will open the doors Aug. 29, five days before Ohio State’s season opener against Notre Dame.

Watch: A building collapses on the east side of Columbus

“There was a bit of pressure for it to [happen], especially that first game,” Coffin said. “We are pushing hard. And we work well with our building partners, our owners group and all the different suppliers. There’s about 400 to 500 people working three shifts a day across the street trying to get this thing open.

“You couldn’t ask for a better location…all the great shopping and restaurants right outside our front door and Short North, Downtown and the Arena area [with] all major concerts [and] places,” Coffin said.

The tower is the tallest addition to Columbus in 15 years and will include multiple restaurants, bars and more than 460 guest rooms, bringing the hotel’s total to 1,000 rooms.

“When you go to the 28th floor, we’ll have a sky bar called Stories – it probably won’t be the opening time for the Notre Dame game, but later in the season we will open it – when you stand out on these decks…you can look up and see Nationwide Arena, Huntington Park and Crew Stadium all lined up. The new Vets Memorial, COSI…it’s really spectacular. You can even see The ‘Shoe in the distance. It’s amazing,” Coffin said.

To open on time, Coffin said it has about 200 full-time and part-time positions to fill, ranging from entry level to middle management and supervision.

They hope to fill most of those at two hiring events:

Candidates can register online here for catering and here for rooms/operations.

The Streetsboro company obtains a tax abatement for its expansion