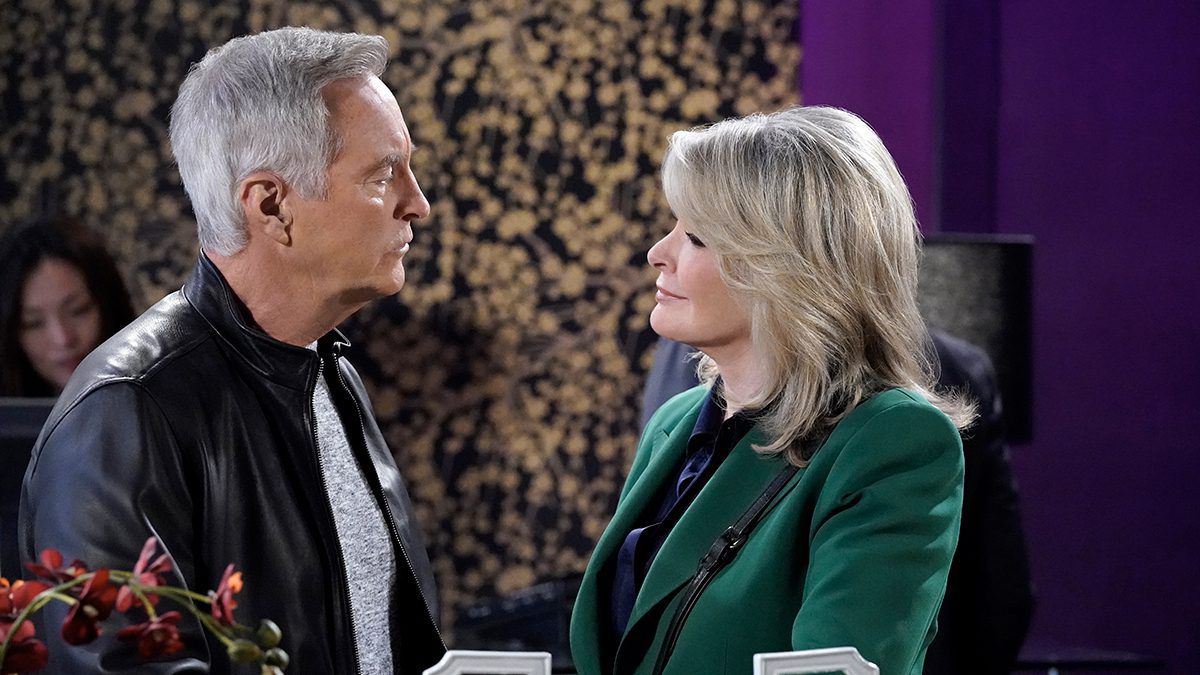 What we know so far about the move to Peacock

Earlier this month, NBC announced it would stop airing any new episodes of “Days of our Lives” after the show’s 57th season wraps next month. Season 58 will begin on monday september 12 with the show moving exclusively to Peacock, the streaming service owned by NBCUniversal, a division of Comcast. The network will replace the soap opera with “NBC News Daily,” an hour-long news program featuring up-to-the-minute national and international news, or local news about stations choosing to air alternative programming. In light of NBC’s surprise lineup change, here’s a breakdown of what we know so far.

“Days of our Lives” will be available exclusively to subscribers of the streaming service’s premium plan ($4.99 with ads / $9.99 without ads). This means that after more than two years of access to anyone registered with a free or paid account, viewers will now only be able to watch brand new episodes of the daytime drama series via a paid plan that includes access to thousands of hours of programming on NBCUniversal, including “The Real Housewives” franchise on Bravo, “The Voice” on NBC and newly released blockbusters from Universal Pictures, among others.

Unless the schedule changes, the final NBC episode of “Days of our Lives” will air on friday september 9 with the network airing 14,418 total episodes since its debut on November 8, 1965, and just two months away from the show’s 57th anniversary. The series is the last of what remained of NBC Daytime which was officially disbanded as a division following the move of “Passions” to DirecTV in 2007. Various departments and executives have since overseen the show for the network after several consolidations and expansions. In 2007, then president of NBC Universal Television jeff zucker said the soap opera was “unlikely to continue past 2009”.

Sources say Soap network that things are still being worked out with the move to Peacock and more information will be known as early as next week. We’re also told that when the show moves to Peacock, it will continue to air five daily drama episodes each week, keeping the same format and frequency. Additionally, there are currently no plans to reduce the number of episodes produced each year, should the series continue beyond season 58.

Additional information on the show’s migration from broadcast to streaming was released today via the executive producer. Ken Corday from an interview with Soap Opera Digeston newsstands now, where he revealed the move to Peacock was already part of the show’s two-year renewal order signed in May 2021.

“The network has always had the right to migrate the show exclusively to Peacock and now they have decided to do so, and we are thrilled,” said Corday, whose production company also owns the shows. “At the end of the day, that’s the future. Whether people believe it now, or in a year or two, that’s the future of first-run drama television. Let’s just hope the migration is wonderful and that our loyal viewers stick with us and subscribe.

Two seasons of “Days of our Lives: Beyond Salem” and the single film “A Very Salem Christmas” likely helped NBC conclude that viewers would follow the show behind a paywall, Corday pointed out, saying, “I think ‘ Beyond Salem’, as wonderful as they were, were, in a way, a litmus test for Peacock to see how the show performed exclusively behind the paywall, he added that the most recent chapter performed well on the service, “and knowing that, they felt the best way to increase subscriptions was to migrate us.”

The move to Peacock doesn’t mean the show will ultimately be cancelled. For now, the move fulfills the parameters of the contract NBC made with distributor Sony Pictures Television and Corday Productions in May 2021 when the network renewed the soap opera for two years. The choice to move the series to Peacock for the final year of the deal had more to do with attracting subscribers to Peacock than with the overall performance of “Days of our Lives” on television. However, the current airstrip schedule gives the soap opera little room to fit into a broadcast-only schedule before a decision is made on whether to continue the show for a 59th season.

No one’s trying to kill off a six-decade-old series. Rather, they’re hoping to salvage a fledgling streaming service that, without the Olympics and “Sunday Night Football” to drive signups throughout the year, couldn’t erupt into the streaming wars. Since its launch in 2020, only four series have seen at least two seasons on Peacock, including “Beyond Salem”, “Saved by the Bell”, “Rutherford Falls” and “Girls5eva”. Of the four, only “Saved by the Bell” has been officially canceled while the remaining shows await news on a possible third season.

In a recent earnings call, Comcast reported that subscriptions to the streaming service stalled in the second quarter with 13 million paying subscribers and just 27 million monthly active accounts, down from one million accounts. active compared to what was reported in the first quarter and stable with paid subscribers leaving Peacock significantly behind Netflix. , Amazon Prime Video, Disney+, HBO/HBO Max, Hulu, and Paramount+ across all subscribers, which is why much of the NBC programming currently available on Hulu will move to Peacock this fall, especially episodes of the aftermath of “Saturday Night Live” and “The Voice,” plus the entire library of “The Real Housewives,” “Top Chef,” and “Below Deck” franchises, among others.

With little time before the show transitions from broadcast television to streaming exclusively, fans can expect a promotional campaign featuring cast members appearing in public service announcements and even Bill Hayes and Susan Seaforth Hayes (Doug Williams and Julie Williams) showing each other how to access Peacock for those who need additional guidance.

Whenever there’s a change, everyone wants to know when they’ll see it on air. Well, since the soap opera has already taped episodes until the end of February 2023, viewers won’t notice any physical changes until at least March. An expected change will be that the length of episodes set by the broadcast network can be extended with the move to streaming since the show will no longer have to accommodate 22 minutes of commercial time.

In his interview with Soap Opera Digest, Corday was unclear on the impact of such a change on international markets given that the show could air longer episodes in the United States via Peacock, but would still have to reduce the scenes for the episodes aired. elsewhere on traditional diffusers. Either way, Corday promises that in addition to a longer program runtime, the show will be able to say and do more “titty” things than is currently possible on television. Again, he doesn’t indicate how either would be possible if he still had to produce a show available in other markets.

With strong support from NBC and Peacock, Corday notes, “It’s still ‘Days of our Lives’ but it’s not your mother’s ‘Days of our Lives.’ It’s changing, it’s growing, but in all the best ways. The network has been extremely positive, extremely encouraging, extremely happy, all the extremes, and allays any scruples I might have. So it’s really wonderful to have that kind of profile from the programmers and business people who run NBC and Peacock.

In announcing Peacock’s move, the service noted that all new episodes will debut daily on Peacock with “the show’s robust library already available to stream for Peacock Premium subscribers.” This includes all episodes already available on the platform prior to the announcement and does not include older episodes at this time. Additionally, the historic move to Peacock creates the ultimate destination for daytime fans to access the library, new episodes, and Peacock Original “Days of Our Lives: Beyond Salem” all in one place.

A premium subscription for Peacock costs $4.99 per month (with ads) or $9.99 per month (without ads*). The top tier requires advertising for certain programs and the ability to watch certain titles offline with download capability. For more information on streaming the series and to register/subscribe, visit PeacockTV.com.

Are you going to follow “Days of our Lives” at Peacock? Let us know in the comments below.