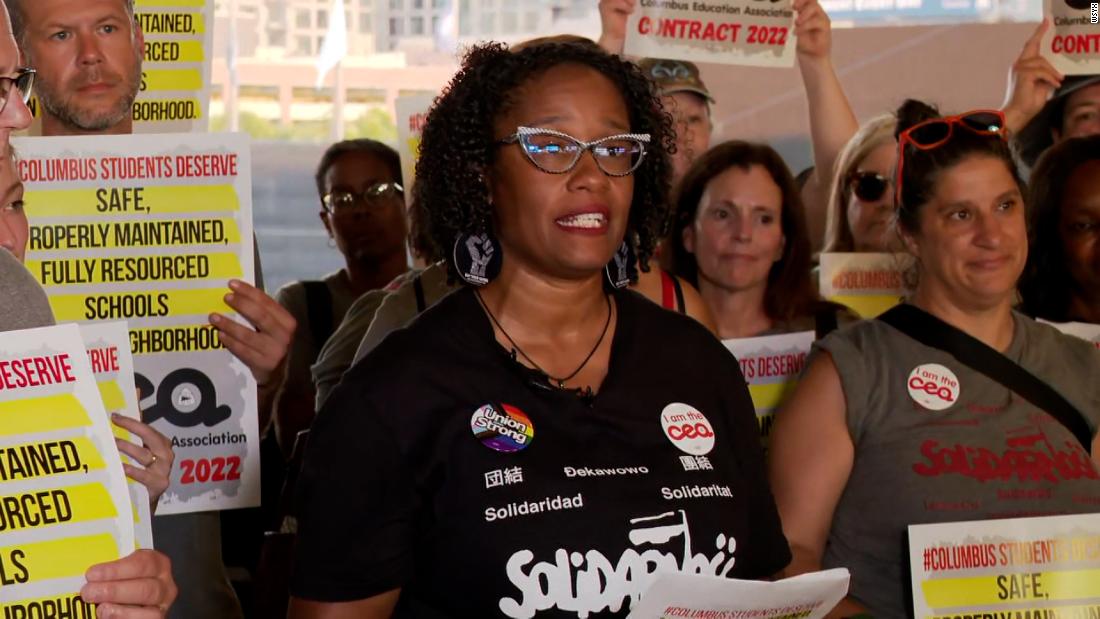 By Rick A. Williams Last updated Aug 29, 2022
Share
A majority of members of the teachers’ union, Columbus Education Association, voted to accept the deal, union spokeswoman Regina Fuentes told a news conference after a vote on the deal, which ended to a six-month bargaining process that involved the union’s first strike. in decades just days before classes start.

The strike meant the first day of the new school year at schools in Columbus City – Ohio’s largest school district – was held online, with substitutes leading virtual classes on Wednesday while 4,500 teachers, librarians, counselors and other school workers were on strike. .

The strike came as schools across the country face a severe teacher shortage and low morale among educators, who say they are underpaid and undervalued, teaching in more overcrowded classrooms and under difficult conditions exacerbated by the pandemic.

The new agreement includes provisions ensuring that all student learning spaces will be air-conditioned by the start of the 2025-2026 school year, a reduction in class sizes at all levels and a paid parental leave program for teachers, as well as salary increases for the next three years, Fuentes said.

The district had previously offered a 3% wage increase but refused guaranteed air conditioning – an issue that was at the heart of the strike, according to the union.

Thousands of people took to the picket lines last week, many carrying signs warning of temperature issues in schools. “98 DEGREES IS BOY BAND NOT CLASS TEMP,” read the sign a teacher was holding outside East High School.

After the deal was reached early Thursday after a nearly 2-hour negotiating session, teachers used Thursday and Friday to plan preparations for a return to class on Monday.

“We’re excited to get back to where we belong – our classrooms – doing what we do best: educating our students and shaping the future of our great city,” Fuentes said.

Fuentes added that workers across the country are “tired of being content with the status quo” and said she hopes the union’s work will be a catalyst that inspires people across the country to solve the problems of the public education.

“They need to invest more in our students because they are the most important investment in this whole nation,” Fuentes said. “It starts here, but we want it to continue. Hopefully the community will see what power they have and get even more involved.”

“This is a contract that puts students at the center of everything we do and supports our board’s educational mission for Columbus City schools,” Board of Education Chairperson Jennifer Adair, in a statement. “To all CAOT members, we say thank you for your thoughtful consideration of this agreement and for your unwavering commitment to supporting our children and families. We look forward to bringing our children back to their schools with you tomorrow.

Mailbox thefts are a growing concern in Ohio, USA