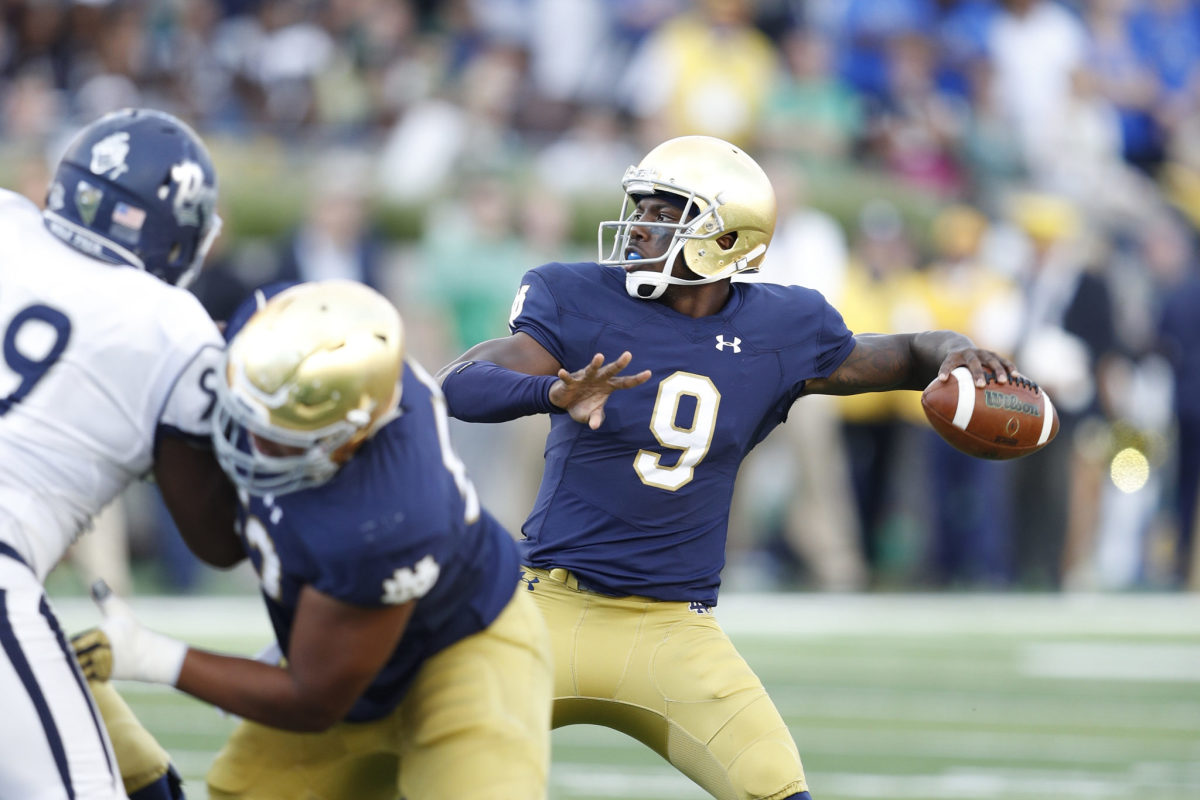 Ohio State-Notre Dame is four days away, and the trash talk between fans could heat up.

Former Fighting Irish quarterback Malik Zaire didn’t appreciate ESPN’s Paul Finebaum’s comment earlier today, who called Ohio State “one of the best teams we’ve ever had.” have seen for a long time” and Notre Dame as a team “in transition”. period.”

“All this chatter for a ‘best’ ranked Ohio State team that won’t be playing major television after the ND cause [their] schedule is full of bottom dwellers,” Zaire tweeted.

But that’s not the money part of the quote here – calling the OSU program full of “bottom-dwellers” is. Let’s examine this a little further.

On paper, both teams have tough slates, with a few cupcakes mixed up. Notre Dame plays Ohio State, USC, Clemson and BYU, but also faces UNLV, Navy, Stanford, Syracuse and Marshall, among others.

What does all this mean right now? Nothing really. It’s just fun to talk about to raise the hype for the most anticipated game of week 1.