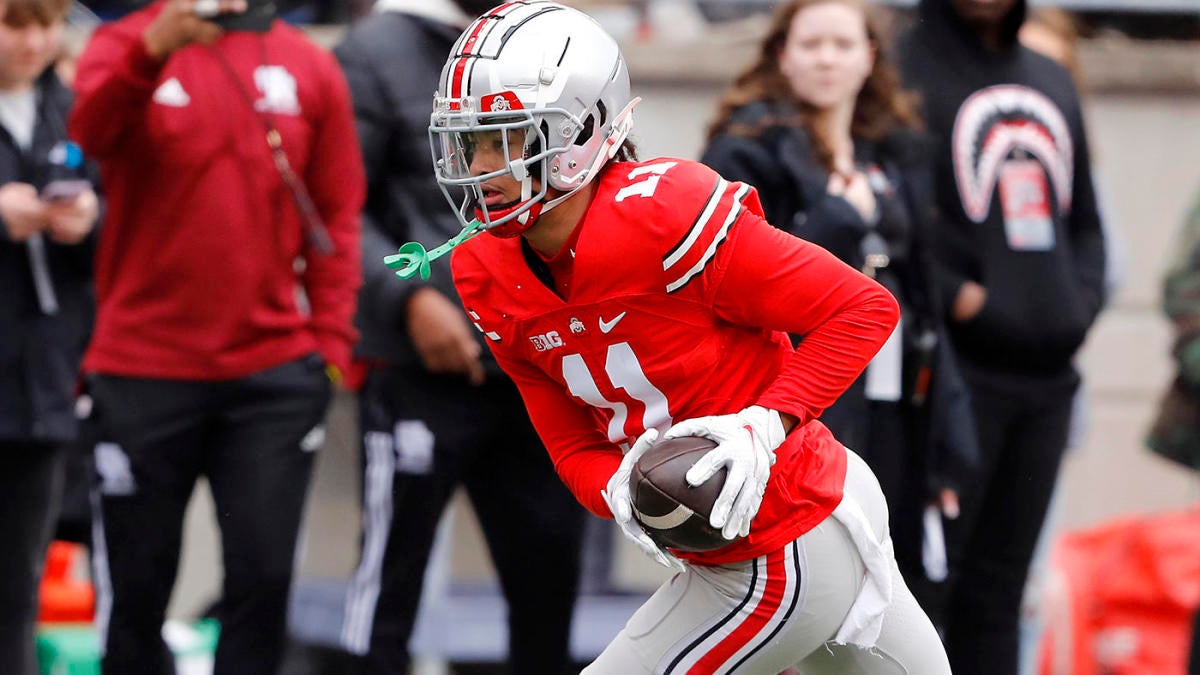 Ohio State star receiver Jaxon Smith-Njigba suffered an apparent lower-body injury in the first quarter of a 21-10 win over No. 5 Notre Dame on Saturday night. Smith-Njigba returned for a short time after being rocked, but had his helmet removed early in the third quarter and did not return.

Smith-Njigba caught a 4-yard pass midway through the first quarter and was awkwardly tackled by a Notre Dame defender. He then spent time on an exercise bike and raced along the sideline trying to test his leg. Emeka Egbuka eventually took Smith-Njigba’s place in the lunge and on the punt return.

Buckeyes head coach Ryan Day told reporters he hopes to get Smith-Njigba back this week, along with junior receiver Julian Fleming.

Smith-Njigba, a junior from Rockwall, Texas, ranks perhaps as the nation’s best returning receiver after setting an Ohio State record with 1,606 receiving yards, as well as 95 catches and nine touchdowns in a breakout season. He was chosen unanimously for CBS Sports Preseason All-America team and mocks Chicago Bears No. 6 in Ryan Wilson’s 2023 NFL Mock Draft.

No other returning receiver on the roster posted more than 200 receiving yards last season. Egbuka had 90 receiving yards and a touchdown in the win Saturday, while Marvin Harrison Jr. had three Rose Bowl touchdowns. Running back TreVeyon Henderson had 312 receiving yards and four scoring in 2021, but the offense ended with just 223 passing yards against the Fighting Irish after averaging 380.9 yards per game in 2021.

USA-Venezuela match at AmeriCup postponed after rain seeps into gymnasium